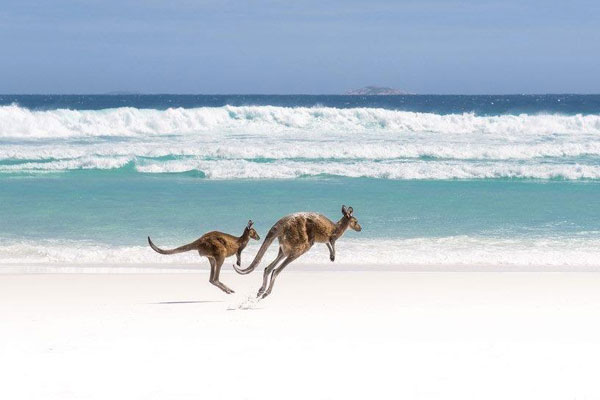 The Australian government has pledged AUS$76 million towards a tourism recovery package following deadly bushfires which ravaged parts of the country.

The money will be used to protect jobs, small businesses and local economies to help get tourists travelling across Australia again.

A $20 million domestic marketing campaign will launch this week and incorporate joint activity with the states, territories and industry partners.

The campaign will encourage Australians to holiday in Australia and provide support specifically to affected communities and regions.

A further $9.5 million will be used to expand the tourist board’s existing International Media Hosting Program to bring media outlets, television shows and print media to Australia to “see firsthand that most of Australia is unaffected by fires, open for business and welcoming visitors”.

Earlier this month the tourist board ‘paused’ TV and digital adverts in its £7.9 million campaign fronted by Kylie Minogue amid the fires.

Meanwhile, Princess Cruises’ 2,000-guest Sun Princess became the first cruise ship to return to Kangaroo Island in south Australia this weekend. The area was one of the worst-affected areas by the recent bushfires.

Princess Cruises’ guests went on range of tours by local operators while others visited market stalls established by residents on the nearby Penneshaw Oval.

An earlier cruise to Kangaroo Island had been diverted to Port Lincoln at the height of the bushfire emergency.

Sun Princess is currently on a 13-night cruise from its current home port of Fremantle.

Princess Cruises is part of Carnival Australia, which has pledged over £1m to various bushfire relief efforts in Australia.

South Australia premier, Steven Marshall, said: “Having the Sun Princess dock, with 2000 passengers, is going to inject a substantial economic benefit to the community and also send a strong signal that we are on the road to recovery.”