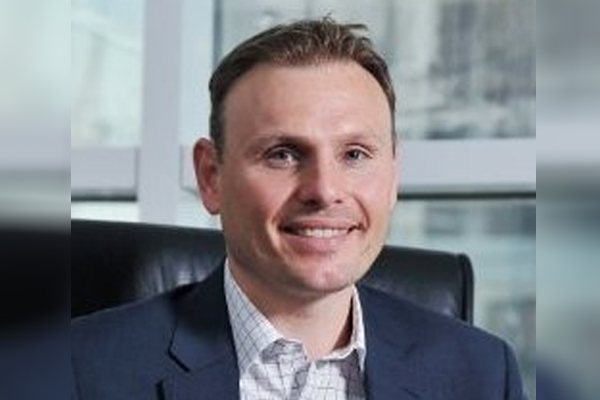 “The more I found out about Newmarket, the more exciting the opportunity became,” says Alobaidi, who became chief executive of the tour operator in September last year.

“I knew if I didn’t take this chance I’d regret it one day. Escorted touring is a growing sector. I couldn’t say no.”

Previously, Alobaidi was managing director of Emirates Holidays. He admits: “I was genuinely sad to leave Emirates but my ambition was always to work for a private, single entity as opposed to a corporate plc.”

The corporate world is one Alobaidi knows well. From starting out on First Choice’s graduate training scheme, he rose through the ranks to become commercial director of Tui’s UK specialist businesses (Specialist Holidays Group) and managing director of SHG Scandinavia.

Judging by his track record, Newmarket can expect great things. In just four years at the helm of Emirates Holidays, passenger numbers grew tenfold from fewer than 10,000 to close to 100,000.

His objectives are clear: to drive growth and build the brand proposition in a sector he believes is ripe with opportunity.

“There is an increasing population of over-55s that are more mobile and more adventurous than ever before. If it’s complicated, people will not want to do it themselves, and we have the experts,” he says.

“As one of the founder members of Atas (Association of Touring & Adventure Suppliers) we share the vision to drive that opportunity with our trade partners. Atas has been valuable in driving the sector’s growth.”

And when it comes to delivering further growth for Newmarket, Alobaidi isn’t hanging about. Fewer than six months into the role, he has already made significant changes.

He recently announced a restructure, creating a chief customer officer, a move designed to make the customer even more central to every aspect of business.

“We want to differentiate ourselves on the service side and properly understand what customers want,” he says.

He has also reshuffled priorities among the leadership team to increase the focus on sustainability, events and cruise. It is critical companies have a clear and joined-up approach to sustainability, he warns, otherwise customers will, quite simply, “book with someone else”.

“We’re at a tipping point [on sustainability] and it goes back to customers being the most important element of the business.”

Agents will be key to growth, he stresses. Online bookings account for more than a third of Newmarket’s bookings, but much of that comes from agents via the website portal.

He adds: “The trade is our single biggest sales channel and our biggest opportunity. We have to continue to drive trade bookings but we do also need to deliver sales growth across all our distribution channels.”

Already the marketing budget has been increased for 2020.

The clearest indication of Newmarket’s dedication to the trade is the fact it recently expanded its on-the-road sales team from three to five.

“We want to invest more,” Alobaidi says. “The most important bit of this is adding people on the road. My experience is that face-to-face is really important in growing through the trade, particularly in gaining trust.”

Alobaidi sees the southeast, Scotland and Ireland as distribution opportunities. “We probably under-punch in these areas,” he says.

The proof will be in the pudding: Alobaidi predicts more than 27% of Newmarket’s holidays this year will be sold by agents. This compares with 22% last year.

“From what I see, agents currently understand our proposition better than the average consumer. But we’d like to build all channels,” he adds.

This month saw the operator’s first brochure for solo travellers, a market the company was missing out on, according to Alobaidi.

Already more than 1,000 single occupancy rooms have been added to Newmarket’s portfolio of existing tours and its online search facility made easier for solo travellers to use.

The operator has almost 10,000 sole occupancy rooms available on its traditional tours departing in 2020. The new collection adds 45 group tours specifically for clients travelling on their own and will soon include an online community forum for them to connect with each other.

Another key growth area in Newmarket’s sights is ocean cruising.

Alobaidi said: “Cruise is quite a saturated market but I don’t see why we wouldn’t look at an opportunity where cruises can add to a tour we feature. We don’t do fly-cruises. We are looking at opportunities.”

So far, the signs are 2020 could be a strong year, says Alobaidi.

“We’ve been pleased with January trading so far,” he says, adding: “Strong growth is exceeding budget. All our key product types are up on the same period last year while long-haul sales in particular have seen a triple-digit revenue increase.”

Newmarket’s product range for 2020 is its biggest yet, with 36 new tours, including more off-the-beaten-track destinations such as Uzbekistan, Georgia and Transylvania.

Agent business is outperforming other channels, making it the “star” in terms of distribution. Nearly 40% of agent business so far this year has come through the online portal.

“This is well above expectations, especially given our current trade site only went live in February 2019, and is a real testament to the incredibly strong relationships we are building with key agent partners,” he says.

“For 2020, we still have to deliver value and something that differentiates us from competitors. There is so much scope with escorted tours and, with the shift to clients wanting more soft-adventure trips, there are opportunities.”

For Alobaidi, the social community aspect of touring with similar-minded individuals is where Newmarket stands out. “It’s a key component,” he says.

But if he has one overriding ambition, it is that Newmarket creates a people-centric business with customers at the heart of everything.

“The reason I came here was the personal touch,” he says. “We see our differentiators as the ‘community’ piece and the service we offer.

While backing up that mantra with tangible measures is important, he says, every decision has to be led by customers. “Having a chief customer officer will see us prioritising the right things.”