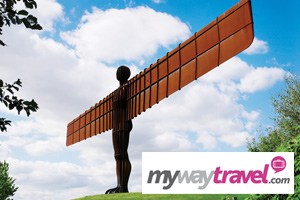 A new online travel agency is poised to give the sector in the northeast a much-needed jobs boost.

Darlington-based MyWayTravel is the first brand to be launched by the Online Travel Agent Group (OTAG) and is set to go live later this month.

The firm is the brainchild of former Late Escapes founder John Mclean, who sold that company to Airtours more than a decade ago. He is now looking for consultants and managers for a new call centre.

The recent failures of Monster Travel and Freedom Direct were a blow to the vibrant northeast travel scene, which boasts other major players such as Hays Travel and Holiday Discount Centre.

Revealing the first OTAG brand exclusively to Travel Weekly this week, Mclean said he planned to have about 20 staff at launch and that the group had ambitious growth plans.

It has a number of specialist brands it intends to launch in coming months aimed at specific sectors such as cruise, luxury and ski, as well as late and
low-cost deals.

“MyWayTravel is the first of what will be strong brands aimed at specific demographics and travel types,” said Mclean, the group’s chief executive and sole shareholder.

“The website is in a very advanced state of development. It will be fully bookable online with a call centre facility behind it.”

Mclean said the group had become a member of The Co-operative Travel’s Freedom consortium because of the Atol cover it provides and the strength of its brand.

He said MyWayTravel would target “controlled, consistent growth”, and vowed not to put revenue above profit, something observers blamed for the recent failures in the northeast.