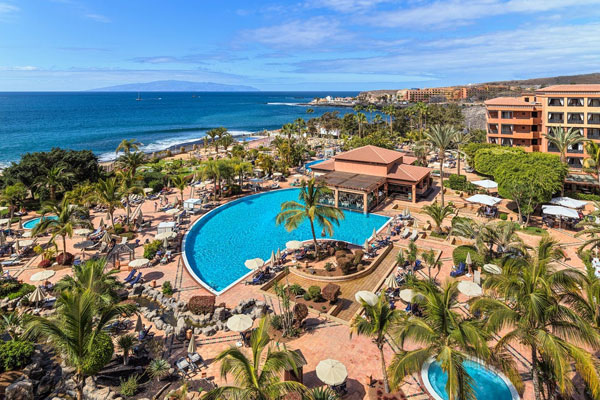 The latest person diagnosed with coronavirus while staying at a hotel in Tenerife has been confirmed as a British woman.

Health officials are reported to have confirmed that she arrived at the H10 Costa Adeje Palace on February 23 and was not part of an initial group of Italian tourists who first contracted the virus.

The UK holidaymaker was not isolated inside the hotel because she did not show symptoms, and the positive test came as a result of regular checks, according to Sky News.

Authorities are trying to track down anyone who may have come into close contact with her.

The Foreign Office said: “We are supporting a British woman who has been admitted to hospital in Tenerife.

“Our staff are in close contact with her family and the Spanish medical staff treating her.”

The island’s health department previously said that another tourist being kept under surveillance at the hotel was confirmed as having coronavirus. The nationality of the individual was not disclosed.

Seven people are now understood to have been diagnosed with the virus on the island.

Some British holidaymakers who were staying at the quarantined hotel were allowed to leave on Monday after testing negative, and were due to fly back to the UK.

In light of the diagnosis, Public Health England has now said that those flying back will be asked to self-isolate at home for two weeks.

Jet2holidays had said it would not fly any customers who had stayed at the hotel back to the UK until tests confirmed that they were free of coronavirus.

Tui flew back 17 of its customers from the hotel on Monday – some on a flight to Newcastle and the others to Bristol.

Another 19 Tui holidaymakers were due to be flown back to the UK on Tuesday.

Almost 200 holidaymakers have left the hotel after the regional health department established a “clear protocol” for the departure of guests.