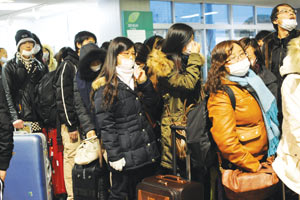 The world has looked on in horror at the accumulating disasters in Japan and a death toll that must surely rise over coming days, weeks and – if there is a nuclear disaster – years.

Japan is no stranger to catastrophe, of course, or to recovery from it. This is a country that has survived not one but two nuclear attacks. The capacity of its people to deal with disaster is astonishing.

The UK outbound travel market will be largely untouched, albeit none of us can be untouched by the scale of the suffering. Thomas Cook had a “very small number” of customers in Japan and Tui Travel none when the earthquake hit, while the Association of Independent Tour Operators reported its members had 100 clients in the country and 1,000 due to travel.

British Airways continued to fly to both Tokyo airports this week, although Lufthansa halted services and the Foreign and Commonwealth Office warned against non-essential travel. The inbound industry will hold its breath, of course, given the number of Japanese visitors to the UK.

The disaster will have unpredictable consequences for the world economy. The shutdown of Japanese industry may trigger both a fall in the oil price and lay-offs at manufacturing plants dependent on imported parts from Japan. The markets fell immediately amid forecasts of a renewed downturn.

The usual lines about the British desire for a break and “the resilience of travel” appear out of place in such circumstances, but they do capture an essential truth about attitudes to holidays.

By chance, research analyst TNS examined precisely this issue for Travel Weekly in a consumer survey in early February. The study followed the overthrow of the government in Tunisia but was conducted while Egypt remained in turmoil.

More than half (55%) of adults said they would be deterred by a terrorist attack from booking a destination, 44% by civil unrest or riots, 37% by a natural disaster, and 28% by government collapse.

However, almost nine out of 10 (87%) of the more than 1,600 people surveyed had never changed, postponed or cancelled a holiday because of concerns about safety or security.

One in 20 had cancelled a holiday, one in 25 had changed a destination and the same proportion had postponed a trip.

To put these concerns in context, holidaymakers’ two biggest worries were falling ill overseas and losing their passport.

Presented with a list of destinations and asked whether they would consider visiting in the next three months, 62% said they would avoid Egypt and 33% Tunisia.

However, this was at the height of the protests in Cairo’s Tahrir Square. By last week, the Egyptian tourism ministry was sufficiently confident in recovery to launch a campaign to woo tourists back.

At the same time, the survey found only 8% would avoid Thailand, where there was serious social unrest last May, and 7% Mexico, where an outbreak of swine flu dominated the world’s media in April 2009.