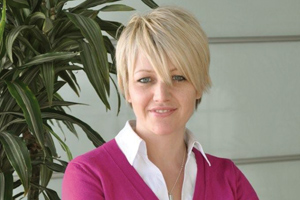 The Travel Weekly columnist was also named in the inaugural Top 100 Most Influential Women in the hospitality, leisure, travel and tourism industries.

Sharon Glancy, founder of Women 1st, said: “Victoria Sanders is an inspiration to us all.

“She relaunched the Teletext Holidays business by embracing 21st century technology and turned it round from making a £5.5 million loss to a £2.7 million profit in just two years. All this was done during one of the most challenging economic periods.

“Her contribution to the industry has been invaluable and we at Women 1st are proud to honour her achievements. We hope our accolade will inspire countless others, both men and women, to reach their career aspirations in our vibrant industry.”

The 2011 Women 1st Shine Award winners unveiled at a ceremony at the Savoy Hotel in London hosted by broadcaster Gaby Roslin were: