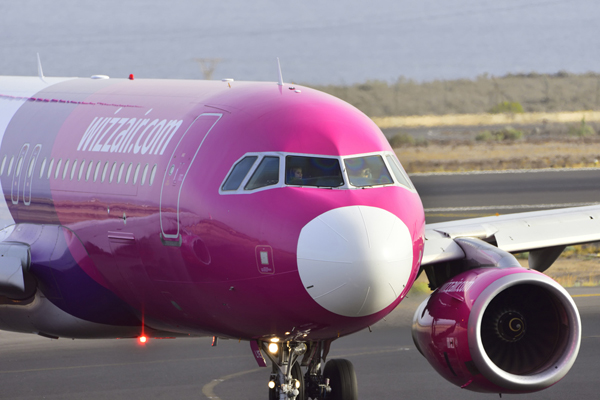 Airlines will face social distancing and new hygiene protocols when they resume flying and fares “will be crushed”, the head of Wizz Air has warned.

Wizz Air chief executive Josef Varadi forecast “a different perspective on health and safety” and said: “The industry will have to address physical distancing. In the first few months planes will not be filled.”

He also forecast younger leisure travellers would be first to return to flying and suggested business travel would “struggle”.

Varadi differed sharply from Michael O’Leary, head of Ryanair, who insisted this week “we’re not returning to flying” if governments insist on “social distancing measures like having middle seats empty”.

The Wizz Air chief said: “We expect new hygiene protocols. One of the issues will be the airport environment. People spend quite a time at the airport. I’m sure there will be protocols.

“We’re in contact with regulators such as EASA [the EU Aviation Safety Agency] on what is coming. It’s going to mean a step up for airports and airlines.

“We will level up to new standards. But over the long run, efficiency will prevail.”

Speaking on an Aviation Week webcast, Varadi forecast a phased return to flying beginning next month. He said: “We have four aircraft flying now. We are flying only 3% of capacity. On May 1 we’ll have about 10% of the fleet flying.

“I think we’ll start seeing some easing during the course of May or into June, I don’t know. What we do know is it is becoming unsustainable. Maybe at the end of May or sometime in June we’ll be at 30%.”

He agreed with O’Leary’s assertion this week that traffic would recover on the back of “massive price stimulation”.

Varadi said: “Fares will be crushed. Very low fares will stimulate the market and people will travel.

“Airlines won’t resume at the same pace. Some will pick up very quickly. Others will continue to be dragged down.

“My expectation is when can start a market we can start at around 30% [capacity] and within two to three months we can ramp up to about 70%.

“It could be within five to six months we can be up to full capacity.”