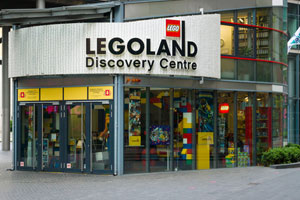 Attractions group Merlin Entertainments is looking to raise €500 million from bond investors by early next week and tap into government support schemes months after a £6 billion buy-out.

Merlin, owner of 130 attractions including Legoland and Madame Tussauds, was acquired in November by a consortium led by billionaire Danish family business Kirkbi which founded Lego, private equity giant Blackstone and a Canadian pension fund.

The group was previously listed on the London Stock Exchange.

Merlin announced the issue of ‘senior secured notes’ or bonds to the value of €500 million on Friday.

The group reported it’s also “actively engaged to access government benefits” including payments for the 80% of staff it has furloughed and relief on UK business rates.

It noted all but nine of its 130 attractions around the world are closed and warned prolonged closures could cast “material uncertainty” over the group’s ability to continue trading.

Merlin’s parent company had £520 million of cash available at the end of March and an additional £30 million in a revolving credit facility.

The group reported it has cut its operating expenses by 45% and estimates the government aid available as worth £12 million a month, leaving it with “an operational cash outflow” of £50 million per month “in a scenario where attractions remain largely closed but in a state of readiness to reopen during 2020”.

“Moreover, even when they do reopen, social distancing and other policies to slow the further spread of the disease may impact the operation and consumer appeal of our attractions.

“Even once these policies are lifted, interest in visiting our attractions may remain weak for a significant length of time and we cannot predict if and when each of our brands will return to pre-outbreak demand or ticket pricing.”

As a consequence, Merlin noted: “There is material uncertainty on our ability to continue as a going concern.”

Merlin’s results for 2019 showed a 50% fall in annual profit year on year to £80 million, primarily due to the costs of the November buy-out.