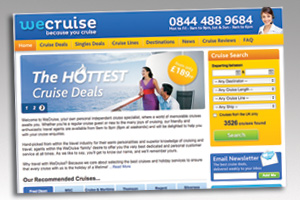 New cruise retailer WeCruise has confirmed it has employed 34 staff from failed agency Gill’s Cruise Centre after buying its assets, but insisted it has no connection with the previous owners.

“We are now moving on as WeCruise,” he said.

“We wanted to re-employ people who knew the business and they had a great team. However, there is no link with the previous owners.”

Cook was speaking after it emerged a company called Robert Gill & Son Ltd, with Cook as sole director and based at P&P Associates’ Redhill offices, was registered on July 13.

Robert Gill is the name of the man who founded the Gill’s Cruise business 55 years ago and who is the father of former Gill’s chairman Alistair Gill.

The company was set up two days before the sale of assets to P&P was confirmed and before administrators from Harrisons were appointed on July 18.

Cook said the company was registered to protect the WeCruise name but was called Robert Gill in error. It had since been changed, he said.

Cook also confirmed former Gill’s finance director Aiden Treacy was not managing director of WeCruise, as stated in a letter sent to customers this week. However, he is in charge of managing the business.

The letter was also signed by Alistair Gill, something Cook said was understandable given the Gill family firm’s long-standing record of looking after its loyal customers.