With the Tokyo Olympics rescheduled to next year, all eyes are on Japan for 2021. Lucy Huxley shares her city highlights.

I had imagined doing many new and unusual things on my first trip to Japan, but playing rock- paper-scissors with a geisha wasn’t one of them.

But there I was, in a Japanese tea house in the Asakusa district of Tokyo, eating raw fish, tofu and gingko nuts, and howling with laughter as my friends and I fell victim to the superior game-playing skills of a small, kimono-clad geisha.

Innocent-looking she may have been, but this geisha meant business. In between sips of Asahi beer, she beat each of us in turn, delighting in her victories. She appeared to be having as good a time as we were – and it made for a truly entertaining and memorable evening.

“While being served an authentic Japanese meal of pickled herring and other delights we learnt all about the geisha training and way of life through an interpreter.”

It wasn’t quite what we were expecting when we booked a ‘dinner with a geisha’ experience to immerse ourselves in the local culture. While being served an authentic Japanese meal of pickled herring and other delights – much of which was hard to get down, I have to admit – we learnt all about the geisha training and way of life through an interpreter. She told us about their appearance, their role and their love of music and dance, before the games began, sending us all into fits of giggles.

This was far from being the only cultural eye-opener on the trip. Elsewhere in Asakusa, we enrolled on a sushi-making class at the Chagohan Tokyo cookery school with grandmaster sushi chef Maasa and his wife Junko. The pair have created a small teaching cafe located down a narrow side street, complete with preparation tables and sushi knives.

“We rolled, pinched and squeezed our rice into perfect sushi bites, added our respective topping, and found out how to make a rolled egg omelette.”

We learnt how to cool and flavour rice with kelp-infused vinegar, and then how to cut salmon, snapper and blue fin tuna to top our sushi rolls. We rolled, pinched and squeezed our rice into perfect sushi bites, added our respective topping, and found out how to make a rolled egg omelette, all of which we washed down with a gulp of Japanese spirit Shōchū (which tasted more shocking than Shōchū). 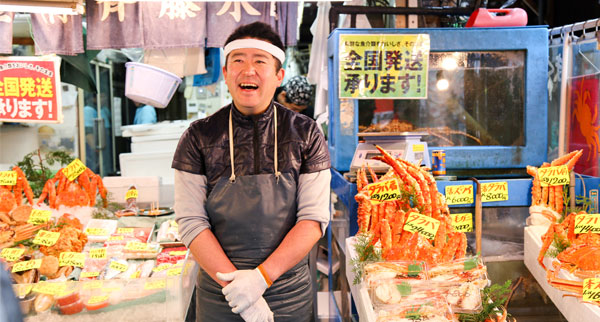 While Asakusa is a more traditional part of Tokyo, it’s within walking distance of one of the city’s most modern structures, the Tokyo Skytree, the tallest freestanding broadcasting tower in the world. A night-time ride to the top, 634m in the air, provided incredible views, with Tokyo’s distinct districts sprawling out in every direction.

Each of those districts appears to be ‘known’ for something. Kappabashi is the go-to for restaurants getting their kitchen supplies, while Ueno Park is full of museums, lakes and temples. Shibuya is great for nightlife, while Shinjuku is the edgier and racier option.

“A night-time ride to the top, 634m in the air, provided incredible views, with Tokyo’s distinct districts sprawling out in every direction.”

We opted for a night out in Shibuya, the Piccadilly Circus of Tokyo. It’s worth a visit if only to see the world’s busiest intersection, the Shibuya Crossing, in action, with thousands of people spilling out from sidewalks and crossing the road all at once.

The area is full of bars and restaurants, English pubs showing sport on big screens – and yes, karaoke. An hour’s session for four in one of the establishments (of which there are many), complete with all-inclusive drinks, cost us about £75. You can’t go to Japan and not give it a go! 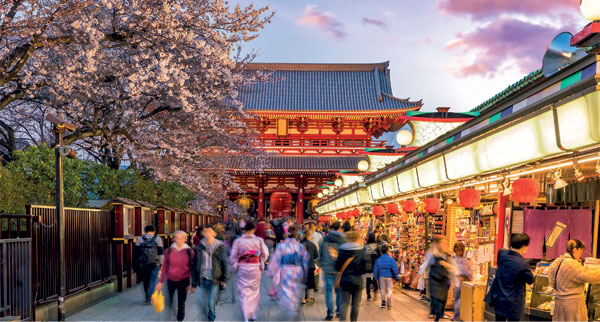 To see some more of the districts by day, we hired an English-speaking guide, Hitoshi, who gave us our first experience of the city’s underground system.

We headed to the legendary Tsukiji fish market, where locals proudly displayed their enormous tunas caught that morning, alongside eels, urchins, octopuses, lobsters and other fresh catches.

Then we wandered through the Tokyo Imperial Palace, passing guardsmen’s buildings, fortified walls, the keep of the Edo Castle and tranquil lakes. It’s the home of the Japanese emperor, but the palace is built so deep into the heart of the gardens you never actually get to see it.

“We headed to the legendary Tsukiji fish market, where locals proudly displayed their enormous tunas caught that morning, alongside eels, urchins and octopuses.”

A visit to Meiji Jingu – one of the shrines of Shinto, Japan’s indigenous religion, based around the belief that gods inhabit all things – was another fascinating experience. We walked through imposing wooden gates, down a long, tree-lined walkway, and entered the courtyard at the spot where Emperor Meiji and Empress Shōken are enshrined. Hitoshi taught us how to say a Japanese prayer, which involved clapping loudly twice to get the gods’ attention, then throwing a coin and praying.

A quick wander around the corner provided something of a contrast: the famous Takeshita Street. Popular with Japanese teens, it’s full of kitschy mascots like Pokémon and Hello Kitty, plus hordes of cat, puppy and owl cafes, and confectionery shops selling rainbow candy floss. It was an eye-opener. 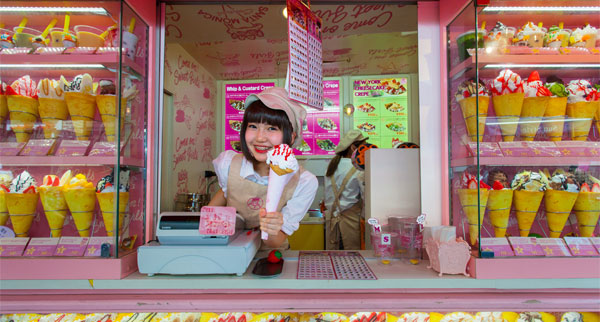 After a couple of days in the city, we were keen to spread our wings a little, so we hired a driver to take us to Mount Fuji – Japan’s sacred mountain and a Unesco World Heritage Site – located about two hours away.

We left Tokyo and its 27C heat and drove to an elevation of 2,300m, where the thermometer dropped to just 8C. Wrapped in hoodies and coats, we walked around the mountain to the viewing platforms, taking pictures and finding lava rocks, as clouds danced around the peak. It was a gloriously sunny but fiercely windy day, which made the experience all the more dramatic.

“Wrapped in hoodies and coats, we walked around the mountain to the viewing platforms, taking pictures and finding lava rocks, as clouds danced around the peak.”

On the way back, we stopped at a Japanese barbecue restaurant close to the Mount Fuji Panoramic Ropeway – a gondola which takes you to a vantage point overlooking Mount Fuji – and cooked thin slices of pork belly, beef loin and vegetables over hot grills sunk into the table. Then we glimpsed the famous view of Mount Fuji from across the water at Lake Kawaguchi, and it was a spectacular end to the day. 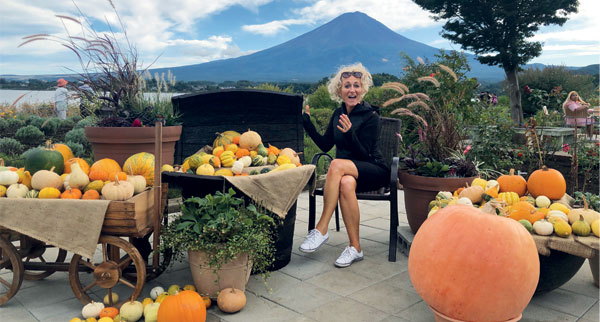 Japan took me by surprise in many ways. It’s a continual blend of the traditional and the modern. A place where you can offend if you don’t hand over money with two hands, or if you absent-mindedly position your chopsticks wrongly. But it’s also a place where futuristic vending machines line every corner, where you can have coffee with an owl on your shoulder, and where you can have your bottom warmed and washed on a visit to the toilet.

“Although there was a language barrier at times, I found the Japanese to be kind, respectful and patient. And they were keen to help and to understand.”

The one constant, however, is the people. Although there was a language barrier at times, I found the Japanese to be kind, respectful and patient. And they were keen to help and to understand, so we never felt lost or uncomfortable.

We only scratched the surface on our visit. We didn’t ride the bullet train out into the country, or visit Kyoto or explore other prefectures, such as Setouchi, Hiroshima, Miyagi or Kyushu. I’m saving those for my next visit. 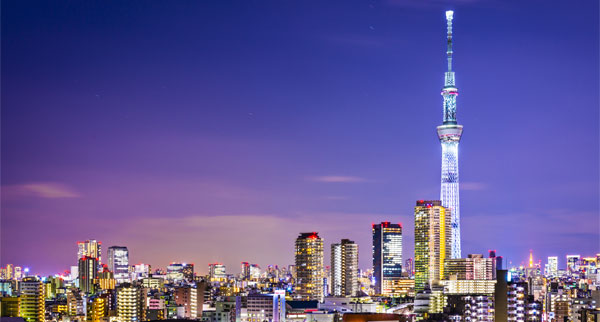 “There’s so much to see in Japan, and a tour can help you get the best out of it
with a tour director who lives, breathes and speaks the language. They will open
doors and help you learn more about the wonderful sights and experiences
to be had, and break down any language barriers. While travellers clearly
want to start exploring again, they also need to feel safe. With help from our
global health and safety team, we have established a worldwide Assurance
programme with enhanced touring protocols to ensure the health of our guests.
All 2021 bookings also come with our Peace of Mind Plan, which allows our
agent partners to move a client’s booking to another destination, brand or
departure date in 2021 or 2022 – no questions asked. You just need to let us
know before final payment and we’ll waive all land penalties.” 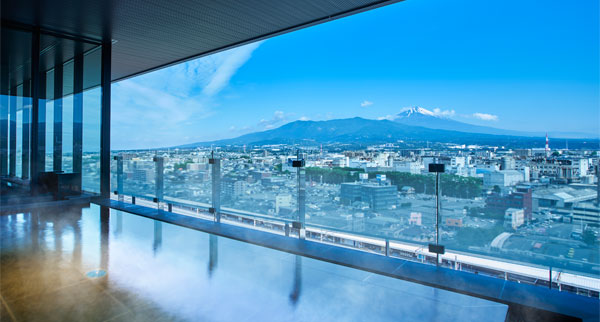 • Toy Story Hotel at Tokyo Disney Resort: Pixar fans will be pleased to hear Tokyo Disney is getting its very own Toy Storythemed hotel in 2021, with a planned 600 rooms inspired by Andy’s bedroom (home of Woody, Buzz and co).

Cosmos offers a 10-day Timeless Japan tour visiting Tokyo, Mount Fuji, Kyoto, Hiroshima and Osaka from £2,341, departing in October and including all breakfasts, one lunch, sightseeing, services of a tour director and flights. Prices for 2021 tours will be released when departures go on sale in August.
cosmos.co.uk

Exploring Tōhoku in northern Japan
48 hours in Osaka, Japan
From Kyoto to Kentucky, the best whisky tours around the world 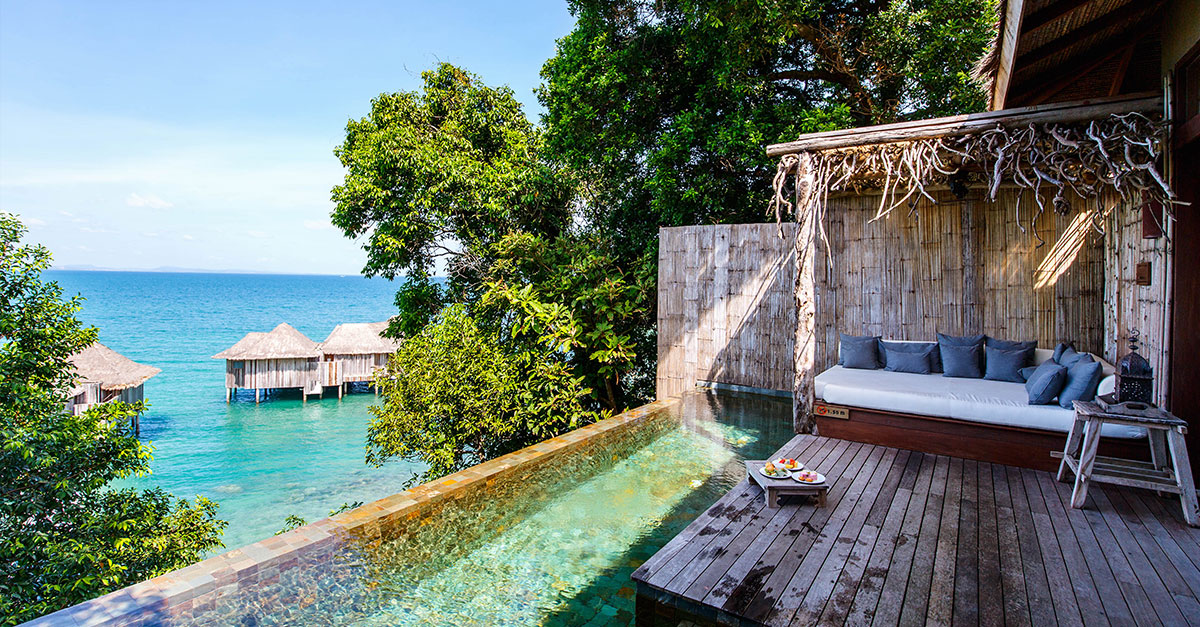 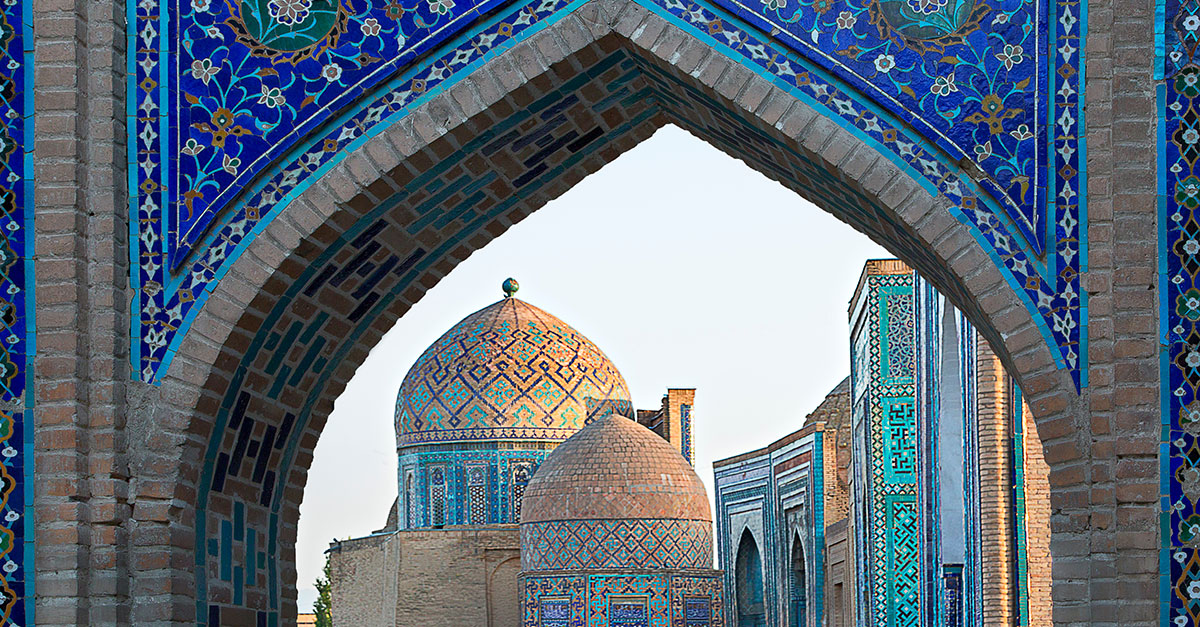 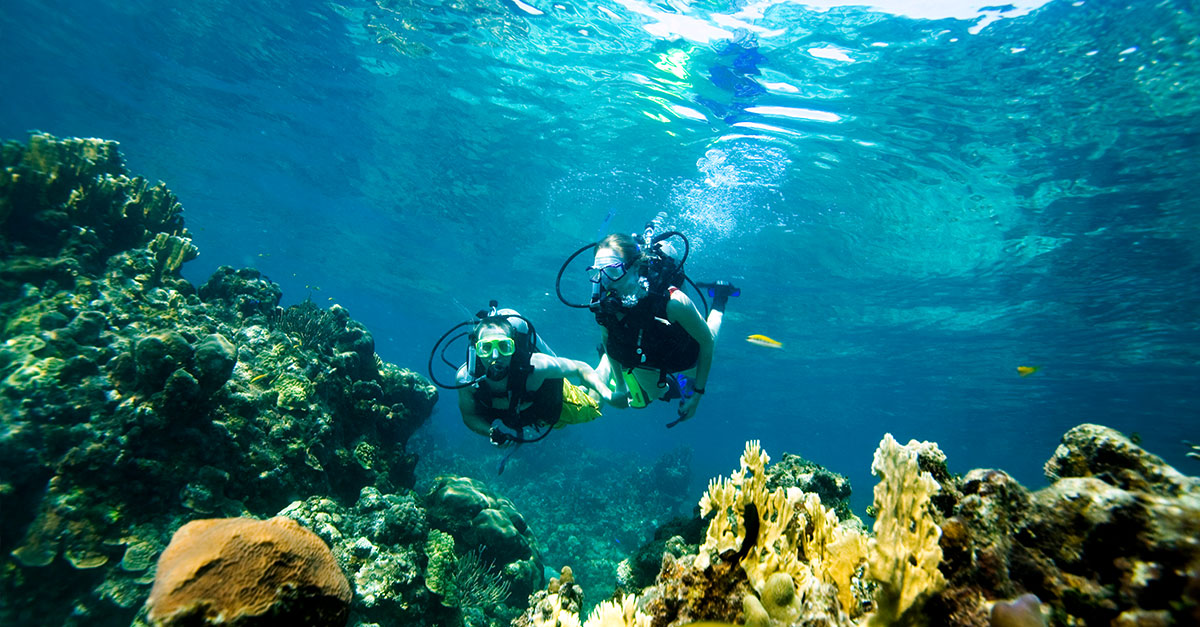