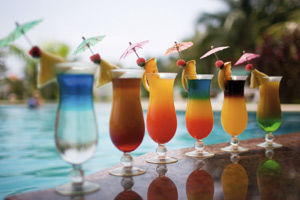 As many as four out five holidaymakers taking all-inclusive breaks end up paying for items they expected to be covered as part of their package, according to a Post Office study.

The study of all-inclusive holidaymakers found 94% thought all meals in restaurants would be included in their deal. But a survey of 54 hotels in 24 destinations found 65% charged extra or imposed restrictions on the use of a-la-carte restaurants.

One in five of the holidaymakers asked by researchers on behalf of Post Office Holiday Money reported paying extra for a-la-carte meals during their all-inclusive break.

The study estimates the total bill for extra spending on food at £20.8 million, based on an average cost of a meal of £21 per person in the hotels surveyed.

The Post Office Travel Money also found many travellers expect items such as non-alcoholic drinks, internet access and mini bars to be free as part of all-inclusive packages. But some travellers had to pay.

Head of Post Office Travel Money Sarah Munro said: “Although it is perfectly possible to stick to all-inclusive deals, our research found in practice only 20% of holidaymakers actually spent nothing extra on their trip. Finding out the costs before you go is difficult. The best advice is to check the small print carefully before booking to see what is included.”