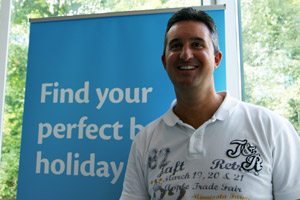 The current travel market is the most difficult in memory, according to On the Beach chief executive Simon Cooper, who says the downturn in the market since 2008 has hit online travel agents (OTAs) as much as any part of the trade.

Cooper said: “You only have to watch the news to gauge the confidence of consumers – the mood of the financial markets, the riots, the [travel company] failures.

“Consumers are being told the economic difficulties will last another year, but it’s the third or fourth year they have heard that. Clearly this is more than a national problem, but for the last three years we heard there would be a recovery. I don’t think things have ever been worse.”

Cooper declined to put a figure on this year’s sales, but said On the Beach sold to about 500,000 customers a year.

“Turkey has had a torrid time this year,” he said. “And Egypt has suffered horribly. Sharm el-Sheikh was 10%-15% of business for us [last year] – we’ve seen it halved. We have done well to be where we are; we have maintained or increased our market share.”

“Then Freedom Flights went down – it was 31% of our business,” said Cooper.

The downturn meant “we’ve not grown as we might have done”, he said. “This year we’re up on like-for-like sales. Short hops to the western Med are up. But we must see growth to get back to where we were.”

However, Cooper does expect that growth. He said: “We are looking for fairly aggressive sales growth from the UK – double digit.”