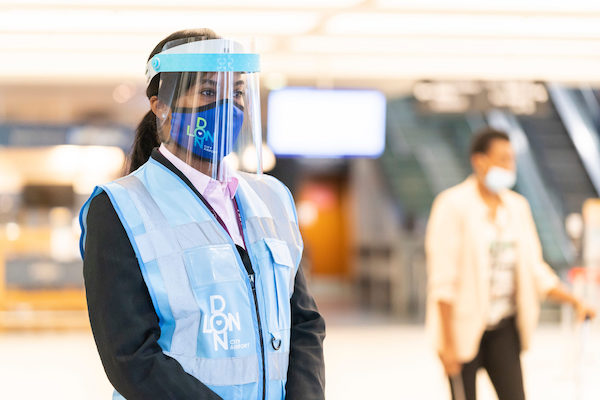 Senior Conservative MPs have called on Boris Johnson to introduce German-style tests at airports to replace blanket quarantine or risk being “left behind other nations.”

The 20 MPs who have signed the letter also want regional “air bridges” that would connect holidaymakers and business travellers to “low-risk” areas within countries hit by the UK travel ban.

They said: “We are particularly worried that further quarantines and continuing weak passenger numbers will further exacerbate what is an already desperate situation, with associated job losses projected to reach six figures in the coming months.”

The move follows the government re-imposing quarantine on travellers returning from mainland Spain and the Balearic and Canary islands.

Quarantine rules were also re-introduced on Luxembourg on Friday, while Portugal remained subject to the UK travel ban including the Azores and Madeira Islands even though their low rates of Covid-19 mean they are classed as “safe” destinations by the Foreign Office.

While accepting measures to protect public health, the MPs who also include former international trade minister Mark Garnier and DUP leader Sir Jeffrey Donaldson said it demonstrated that a blanket quarantine approach was “not always appropriate,” the Telegraph reported.

“The government should consider moving towards regional travel corridors recognising that not all parts of a country may be similarly affected from a spike in infections, allowing quarantine-free travel from those places,” the MPs said.

This would allow quarantine-free travel to the low-risk Balearic and Canary islands, which, with Spain account for 2.4 million UK holidaymakers in August alone, and to Madeira and the Azores.

Airport testing would also open up vital long-haul trade routes to countries like the US and Canada following similar moves by Germany and France which have introduced schemes from this week that will allow in passengers from “red list” countries if they test negative for Covid-19.

“This would mirror the measures announced by the German government and the UK should not be left behind as other nations look to more nuanced responses that allow travel to continue and for the risks to be minimised,” said the MPs.

Heathrow has offered to run a trial where passengers could be tested on arrival and then at five or eight days, after which they could be released from quarantine if they proved negative for Covid-19.

Henry Smith, chair of the Future of Aviation Group and MP for the Gatwick constituency of Crawley, said in an article for the newspaper: “If the government is serious about Global Britain it needs to protect and support our aviation industry immediately as it faces the greatest challenge in its history.

“But the potential impacts of a blunt blanket quarantine risks damaging more than just aviation and its related industries.  The concept of a Global Britain is itself at risk.

“Aviation is more than our summer holidays, it is a key economic enabler opening up the UK to trading markets and opportunities across the globe.”

The MPs urged the government to provide a “longer term package of measures” to protect aviation jobs, each of which research shows supports a further 24 jobs.

Options that have been put forward to ministers include reduced business rates, employment support to workers and waivers on Air Passenger Duty.

“It is of course right that the Government remains vigilant and has the flexibility to respond to the public health challenges as they occur,” the MPs added.

“However, it is also right that this response considers the serious economic impact that these measures have on a sector that will be vital to our long-term economic recovery.

“We therefore urge you to reform the quarantine policy to allow for regional travel corridors, introduce airport testing linked to high risk nations and provide longer term employment support to the millions of employees working in the sector.”

Meanwhile, random coronavirus testing will be introduced at airports in Ireland, according to the country’s health minister.

Stephen Donnelly said the move was needed because the “international situation is becoming more volatile”.

He said passenger locator forms were being made electronic and tracing teams were to be “bulked up”.