Heathrow has set up the first Covid-19 testing centre for arriving passengers as pressure mounts on government to seek alternative solutions to blanket quarantine restrictions.

The unit is available and ready to use, although no passengers will be able to do so until ministers give the green light for a trial.

The facility has been developed by logistics firms Swissport and Collinson and includes 24 booths for swab tests, each of which will be staffed by a nurse.

The move is designed to allow passengers from “high risk” countries such as the US, China, Brazil, Spain and France to avoid two weeks of self-isolation.

UK airline bosses have called on the government to replace quarantine measures by introducing German-style Covid-19 testing at airports. 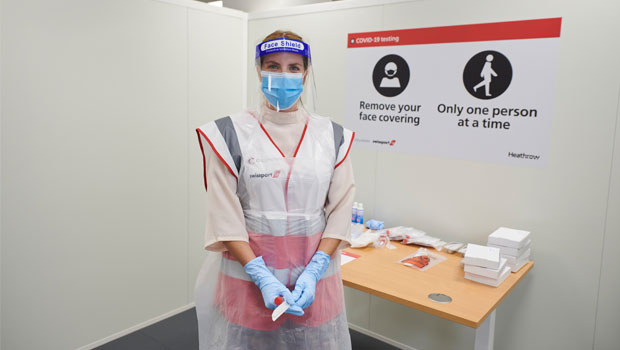 Heathrow has proposed a two-tier system, with passengers tested once on arrival and again five to eight days later, freeing them from the two-week quarantine if the second result is clear.

But the government has been reluctant to approve a border testing regime.

Transport secretary Grant Shapps said last week that a single test on arrival could pick up only 7% of cases.

However, aviation chiefs say that testing at the border is now available in other countries and they want ministers to allow people with a negative result at airports to skip quarantine.

A Collinson poll of 22,000 frequent flyers found that nearly 3 in 4 (71%) are ready to return to travel either immediately or within the next 3-6 months.

But unpredictable factors such as quarantines and border controls represent their top concern about returning to air travel.

Three quarters (74%) identify this as a worry, and half of travellers are willing to pay for a Covid-19 test to help ease travel restrictions. 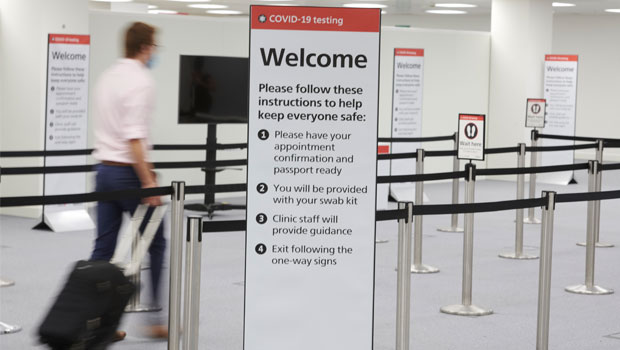 “We’re pleased to announce that our solution is ready to give a massively needed boost to international trade as well as inbound business and leisure travel, crucial to the recovery of so many sectors.

“This can all be done with the reassurance that this is science led, making it safe to do so.

“Our priority is to work with government to ensure travellers who have tested negative can be released early from quarantine via an addition to the current list of 42 exemptions from quarantine. Meaning we can immediately move ahead with our pilot and give the travel industry the welcome boost it so desperately needs.”

Heathrow chief executive John Holland-Kaye said: “Testing will not only avoid the ‘quarantine roulette’ that so many passengers faced in Spain and France, it will also open up flights to key trading partners such as the US, Canada and Singapore.

“The government’s own research shows that a double test has a high level of accuracy in screening for Covid.  This facility is an oven-ready opportunity to see how Britain can safely reopen for business, as other countries are doing.”

Writing in The Mail today, Holland-Kaye said: “For months, Heathrow has been calling for the government to introduce testing as an alternative to quarantine. A single test is not considered accurate enough, so initially at least a double test would be required.

“Heathrow is ready to support this provided the Government sets clear guidelines for a second test and changes regulations to allow passengers who provide two negative tests to leave quarantine early.

“We have worked closely with aviation services company Collinson and logistics firm Swissport to ensure such a testing procedure can be in place. If the government is serious about protecting the economy, this is exactly what should be done.

“Had the government done so after the Spanish crisis, a plan could have been in place for those caught up in the French problems last weekend.

“It is not too late to save people returning from Greece, Croatia or Italy the inconvenience of 14 days at home.”