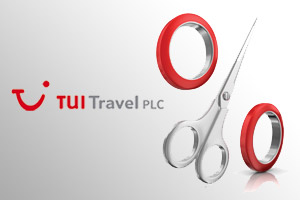 Tui Travel is pushing to introduce a new tiered commission structure within travel agency consortia, putting low-volume members on its 7% base rate.

The news emerged as commercial negotiations started ahead of next week’s annual Travel Convention in Palma, Majorca.

Consortia are understood to have deals paying about 10% to 12%, but now members could receive various levels of commission depending on their sales of Tui product.

The move reflects a new emphasis on driving up retail partners’ performance and signals the possible demise of blanket commission rates for all consortia members regardless of volume.

Tui memorably used the Travel Convention in Marrakech six years ago to announce the slashing of commissions to 7%, something it has since retreated from, although the base rate has remained.

In contrast, this latest change was described as a “trimming” rather than a move that would change the commission landscape as in 2005. But it is expected to prompt some tense negotiations, with consortia bosses keen to secure the best rates for members.

Nick Longman, Tui distribution director, said: “This is all about fairness. If we are not part of someone else’s business model why should we pay them for that? It’s about rewarding agents for volume.”

Longman said agents on the base rate commission made about one booking every two weeks, suggesting  commission from Tui was not an important part of their business.

“There are a lot of pressures on the industry at the moment, so it’s not a surprise people will look at ways to trim their costs of sale.”

He added: “I would not want to see my group being disadvantaged relative to others.”