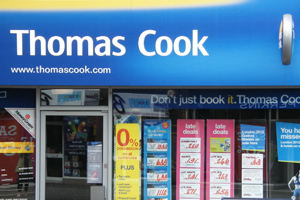 Thomas Cook has scrapped its December overseas conference for shop managers as it reviews the size of its retail network following the joint venture with The Co-operative Travel.

The company said it was “not the right time” for the conference, usually attended by 1,200 retail staff at an overseas hotel and billed as a high-profile event for staff to talk to company directors. It was particularly favoured by previous chief executive Manny Fontenla-Novoa, who left in August.

The Cook/Co-op joint venture, which was completed on October 1, means the company now has an enlarged network of 1,200 Thomas Cook and Co-op Travel branches nationwide.

Thomas Cook has consistently said that no more than about 75 shops will close as a result of the joint venture and in August dismissed reports it planned to shut hundreds of shops.

But retail joint venture chief executive Simon Robinson said the size of the combined shop network remained under review, making it an inappropriate time to host the conference.

He said: ”Following the recent completion of the retail joint venture we’re now in a process of integrating the three businesses to create the UK’s most successful retailer of travel and foreign exchange.

“As we’re currently reviewing the size and shape of the enlarged retail network it has been agreed it isn’t the right time for the joint venture to host an overseas store managers conference this year.  However, we continue to communicate openly and regularly to all our colleagues throughout all areas of the business.”

At this week’s Tui Travel manager’s conference in the Algarve, Portugal, attended by 800 agents distribution director Nick Longman conceded the company has had to make cost savings in the current economic environment but he said the overseas conference was “the last thing he would cut”.