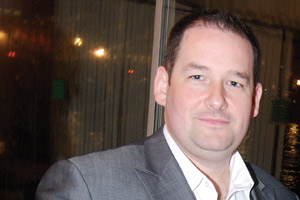 Pollard attended Newbury police station at 5pm last night and was formally charged with one count of fraud by abuse of position, the Thames Valley Police have confirmed to Travel Weekly this morning.

Pollard, who was charged under his full name John Marcus Pollard, 39, of Prestwich, Manchester, was released on bail to attend Newbury Magistrates Court on November 17.

Pollard joined Bookable Holidays in June 2011 just ahead of the ITT conference in Venice having left the Manchester-based online travel agency On The Beach where he was commercial director.

However, he parted company with the Aldermaston-based firm soon afterwards in August.

On September 26 Travel Weekly revealed that a man had been arrested in connection with a fraud investigation in which the travel agency itself had been the alleged victim.

At the time Bookable director Jason Dwyer said there was no suggestion that any clients had been defrauded. As well as enjoying a high profile in the industry Pollard sat on Abta’s membership committee.