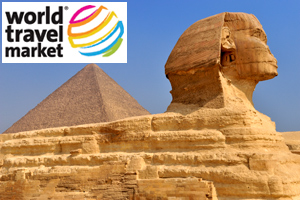 Egypt’s new tourism minister is “extremely optimistic” about the destination longer term as a new advertising campaign goes live in the UK.

The We’re Egypt campaign across print and online will start in around a month’s time. It focuses on the Egyptian people as ambassadors  to represent the destination in a fresh way since the revolution on January 25.

The aim of the campaign is to show Egyptians enjoying their own country, give a clear positioning of the experiences in different parts of the destination, and clearly target families, older people, couples, youths and honeymooners.

Minister of tourism Mounir Fakhry AbdelNour said: “Tourism is bouncing back despite all that has been portrayed in the media about  a lack of security – it’s not true. In the long run we are extremely optimistic.”

Tourist numbers are expected to reach 11 million by the end of the year,  generating 10 billion US dollars for the destination. Despite this being less than last year, the minister called this “a good result given the circumstances”.

It is hoped inbound visitor numbers will reach 30 million and generate 25 billion worth of US dollars by 2017.