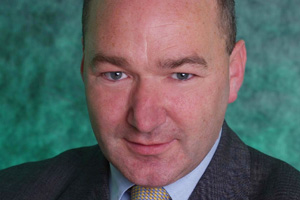 There is “strong underlying demand” for travel to and within Europe despite the “hostile environment” due to travel restrictions.

That is the view of Tom Jenkins, chief executive of European tourism association Etoa, who insisted: “The picture for 2021 is not bad.”

Jenkins told Travel Weekly: “There is real desire to have a vacation. There is demand but it is supressed and forbidden.”

He argued: “There is strong underlying demand for Europe. But set against that are the obstacles you have to negotiate.

Yet Jenkins said: “This year was going to be a record year and many people have rescheduled for 2021, so there are almost record bookings for next year.

“The big question is the extent to which the airlines recover their volumes. All other slumps in demand have been rescued by airlines maintaining capacity and leading with cheap prices to full it.

“This slump is so deep the airlines have cut capacity and are not adding it until there is demand. Where airlines previously led recovery, now they are following.”

Jenkins insisted: “If there is a vaccine, we’ll see a recovery rolling through 2021 and achieve real volumes in 2022. It is unlikely to be at the levels of 2019, but we will return to something like normal levels of demand by 2022.”

In the meantime, he said: “Anything would help because just having restrictions is a nightmare.”

Jenkins said Covid-testing of travellers and regional travel corridors “would help get some movement”, but he argued: “There is no magic bullet to restore the market.”

He warned the biggest threat from continuing restrictions would be to suppliers, saying: “Most intermediaries are not overly exposed. For intermediaries, most expenditure goes on staff. Most have let staff go. Their businesses will survive and they will be in a position to re-hire when demand recovers – and demand will recover.

“The people facing problems with high capital expenditure are those with assets – coaches or aircraft. It will be tough for suppliers, particularly based in cities.”

However, he insisted: “A core of companies that sell Europe will remain.”

“We had a hammer blow from the Covid crisis. Next year is going to be difficult and with a difficult year you need to talk to people.

“But the fundamental reason for GEM is to plan for the subsequent year, and 2022 will be a year of recovery. That is what GEM will be about – planning for recovery.”

The event could take on special significance this year after it was confirmed London’s World Travel Market would not take place this November and be replaced by a series of virtual events.

Jenkins said: “We’re extending the hours, we’re increasing appointments, we have commitments from buyers and we have a special deal for first-time attendees.”