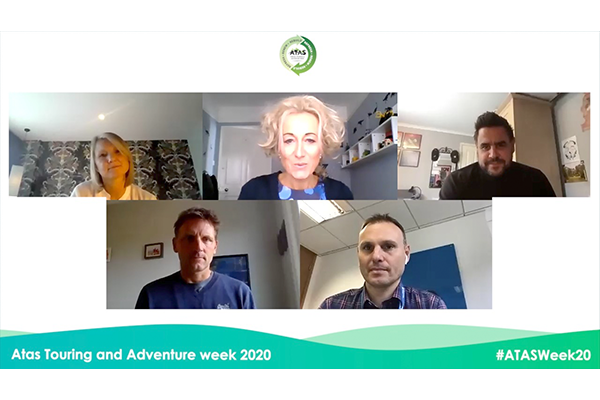 Touring and adventure operators have “largely written off 2020” but believe 2021 will be “the start of a strong bounceback”.

Speaking at the Atas Virtual Touring and Adventure Week, Cosmos chief executive Giles Hawke said: “I think there’s a lot of confidence from consumers that they will be going on escorted touring holidays next year.

“2020 is largely written off for everybody, and not because of the type of holiday, just because of the uncertainty over travelling. But for 2021, we’re seeing a lot of the people we’ve had to move from this year, very happy to move to next year.

“A lot of them have already confirmed bookings, while a number have said they’re going to leave their money with us; they know they want to book they just want to wait.”

Kerry Golds, managing director of Abercrombie & Kent and Cox & Kings, said: “We’ve also written off 2020 but we are seeing a lot of holidays rebooked into next year. There’s a little bit of hesitancy still around Q1, I fear, and around some of the destinations that we feature – the more long-haul destinations like India and South America, but certainly the latter part of next year, there seems to be a lot more confidence.”

Golds said rebookings accounted for around 75% of business but added that she was also seeing a “spike” in 2022 bookings.

Newmarket Holidays chief executive Niel Alobaidi said: “Uncertainty is the biggest challenge we have. Trading is way down but it does fluctuate up and down very quickly as that certainty [over a destination] changes.

“There is a pent-up demand and as soon as people have an element of certainty, we will see bookings come back pretty quickly. The key question is what will constitute certainty?”

He added: “I think [the findings of the Global Travel Taskforce [around testing and quarantine] will help. There is a question mark over the cost of tests if people have to pay for their own tests when they get back. And that is a concern given the price of testing right now.

“But we also think there’s going to be a lot of developments with testing, and as we go through this winter, there’s obviously a vaccine on the horizon at some point, which will bring certainty as well.”

Alobaidi said: “That will be in 2021 so we think ‘21 will be the start of the bounceback. The question is, at what point will we be able to get tours away in the kind of numbers we want to.