Laura French jets off to Cyprus to explore the island in the wake of the pandemic.

Staring out across the tree-studded slopes, the smell of fresh pine swirling through the air and sun beating down on my skin, I momentarily forget the dreaded C-word. Life feels pleasingly normal here, and it’s hard to picture anything beyond this world of blooming flowers and singing birds, sepia slopes and towering trees, that lies beneath a clear blue sky.

I’m in the Troodos Mountains in Cyprus, on my first overseas trip in seven months, and I’d forgotten what it’s actually like to travel – liberating, in a word.

It’s not the first time I’ve felt this sense of total freedom; in fact, the whole trip has felt like something of an escape. Given Covid rates remain lower on the island than other European destinations, in many ways it feels like a bubble.

“Life feels pleasingly normal here, and it’s hard to picture anything beyond this world of blooming flowers and singing birds, sepia slopes and towering trees, that lies beneath a clear blue sky.”

The reminders are still there, of course. Face masks are mandatory for everyone in shops, and for staff in bars, restaurants and hotels. Most menus are digital, tables are spread out to allow for social distancing, and hand sanitiser units are everywhere.

But bars are lively, some nightclubs are open and hotels – while not at their normal October occupancy levels – are fuller than I’d expected.

With so many UK favourites off the travel corridors list, Cyprus makes a wise option for switch‑selling – so where should you be directing clients who haven’t been here before? 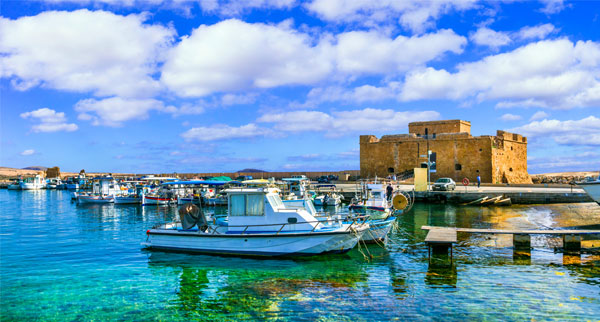 For anyone after a city-meets-beach base, Paphos makes an excellent bet, with restaurants, bars and shops lining the harbour and a Byzantine-era castle glowing above the water.

The beaches of Polis, Latchi, Coral Bay and Pissouri are all within driving distance, while a host of attractions sit right on the doorstep. I explored the Kato Paphos Archaeological Site, home to impressively intact Roman mosaics, a crumbling odeon and the 4th-century BC Tomb of the Kings, then changed pace to plunge down slides like an overgrown child at Paphos Aphrodite Waterpark.

“The area was renovated in 2017 to mark the city’s status as the European Capital of Culture, so it feels a little more polished than the harbour, with locals flocking to Kennedy Square for trendy outdoor bars.”

But it was the Old Town that had me the most charmed, with boutiques and artisanal shops lining narrow backstreets, and elegant tavernas in ornate neoclassical buildings. The area was renovated in 2017 to mark the city’s status as the European Capital of Culture, so it feels a little more polished than the harbour, with locals flocking to Kennedy Square for trendy outdoor bars like Noir, where cocktails come in creative forms (mine was in a smoking cigar box) and DJs play music into the early hours.

Stay: Recommend the Annabelle Hotel for an elegant, family-friendly stay a stone’s throw from the harbour, or suggest the neighbouring Almyra for those into art and design. Guests can use the facilities at both hotels, giving access to seven restaurants, multiple outdoor pools and two spas, as well as a kids’ club hosting cultural activities that go beyond the usual.
annabelle.com.cy 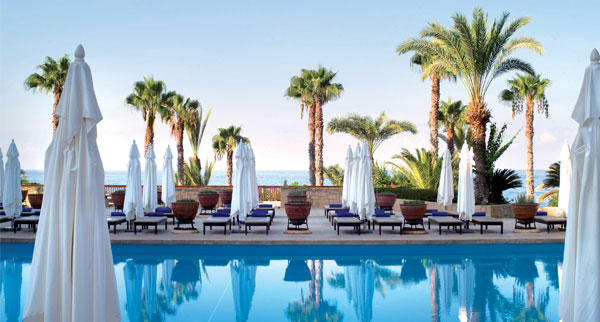 If Paphos is laid-back, Limassol is its bigger, more-commercial sibling, with buzzing nightlife, a big shopping scene and a business district.

It might not always attract the attention of holidaymakers, but I was pleasantly surprised by the city’s string of sandy, topaz-water beaches and palm-lined promenade with shops and shisha bars.

Most hotels are clustered in the same area (a 15-minute drive from the centre), so it does feel a bit built-up, but there’s plenty to compensate – not least the Old Town, where colourful crumbling 18th-century buildings sit side by side with fishing boats bobbing in the recently-renovated Old Port and luxury yachts lining the new marina.

“Colourful crumbling 18th-century buildings sit side by side with fishing boats bobbing in the recently-renovated Old Port and luxury yachts lining the new marina.”

Saripolou Square is filled with bars and tavernas selling souvlaki and Cypriot dishes on a plaza that livens up in the evening, but the real jewel is Limassol Castle, built in the 12th century then renovated under Ottoman rule, with a museum housing relics from Roman, Frankish and Venetian eras and historic prison cells.

Stay: The Four Seasons Cyprus brings together lavish, fountain-bedecked lobbies with five elegant restaurants, a spa and a private sandy beach complete with colourful fish darting around the rocks. It’s worth noting for Four Seasons aficionados that this is an independent hotel rather than part of the international brand.
fourseasons.com.cy 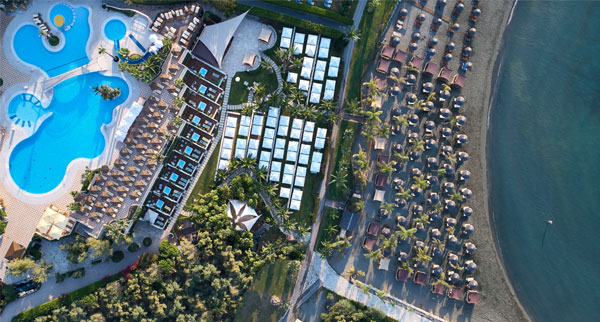 It’s not only about cities and beaches, of course, and for visitors wanting to experience a slice of traditional Cypriot village life, the Troodos Mountains call.

I’d visited the hotspots previously, exploring the likes of Lefkara, Omodos and Platres, but this time it was Casale Panayiotis, set in the spa village of Kalopanayiotis, that brought me here.

Set high in the foothills of the mountains, this boutique hotel was created in 2010 from a collection of old houses that had lain abandoned since the 1970s. Today, hotel developer John Papadouris is credited with having revived the village and its surrounding areas to impressive effect, creating jobs and luring back those who’d fled years before – including my guide Maria, who’d grown up in the village but left in 1974.

“When I left it was not developed – everything was in a mess, the young people had left to go to the cities,” she told me. “Mr Papadouris put us on the map. He fixed the roads, built coffee shops, restaurants and the Casale, and helped create more opportunities for locals.”

Now it’s a village of around 200 people, centred around Agios Ioannis Lampadistis, a 1,000-year-old Byzantine monastery filled with biblical frescoes and age-old relics.

Steep walking trails criss-cross the village, offering views over forested streams and sulphur springs, flower-bedecked balconies and idyllic stone-built houses. We wandered through the hotel’s sun-dappled orchard, where olives, grapes, pomegranates and other fruits hung on lush-green trees, and it was there that I felt that real sense of freedom and rejuvenation.

For clients who feel confident enough to travel, I couldn’t recommend a visit here enough.
casalepanayiotis.com 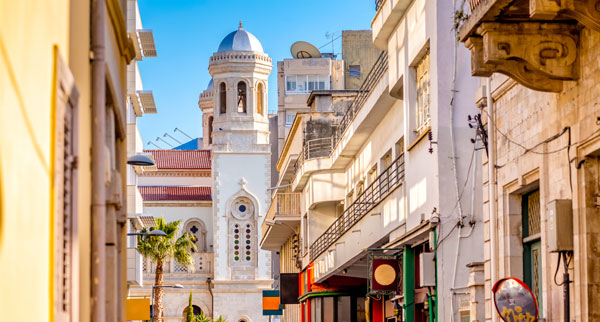 • Cyprus ranks countries in three Covid categories: the UK is currently in category B (at the time Travel Weekly went to press), which means visitors need to provide a negative PCR test result dated within 72 hours of departure. Some private labs are closed on Sundays, which can make getting results over a weekend more difficult. Sovereign can organise tests through private lab Qured.

Sovereign Luxury Travel offers five nights’ half‑board at the Annabelle Hotel in a Double Inland View room, including a free half‑board upgrade for bookings made by the end of October, and two nights’ B&B at the Casale Panayiotis in a Comfort Studio, from £789 per person, based on two sharing. Price includes easyJet flights from Gatwick on March 23, 2021.
sovereign.com