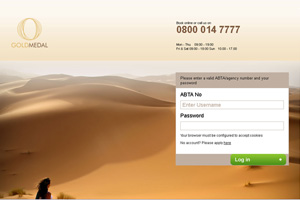 Trade-only operator Gold Medal has reassured agents it has no plans to sell direct to the consumer following confusion over a line in parent Thomas Cook’s annual results yesterday.

In the details about the turnaround of the UK business Cook said: “There is a significant opportunity to sell direct to the consumer and better allow customers to create dynamic packages with Gold Medal.”

This prompted speculation in the trade that Gold Medal the brand was poised to start selling direct to the consumer. However, Gold Medal has clarified the statement saying it was intended to refer to the Gold Medal business, that incorporates direct sell arms including Netflights.com.

A spokesman said: “Gold Medal Travel Group has sold direct to the consumer for almost 20 years through the Airline Network and latterly Netflights.com brands.

“We can categorically assure our agents that absolutely nothing is changing with regards to Gold Medal brand; it has, and always will be, a third party trade-only brand and remains dedicated to serving independent agents throughout the UK.”

Thomas Cook bought Preston-based Gold Medal in 2008 and it forms part of the firm’s independent group of businesses.