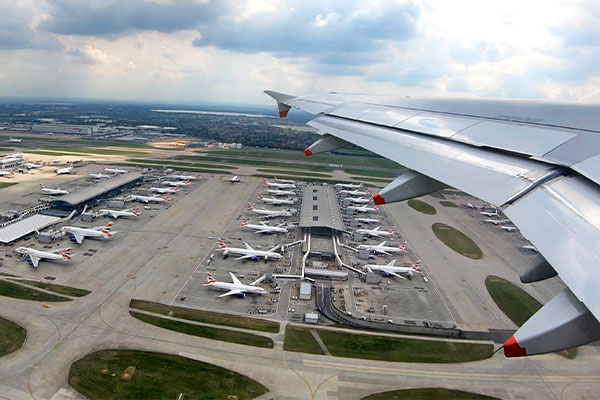 Heathrow has downgraded passenger forecasts in the face of a second wave of Covid-19 and slow progress in agreeing a testing regime to resume travel from ‘high-risk’ countries.

“The reduction is caused by the second wave of Covid and slow progress on introducing testing by the UK government to reopen borders with ‘high-risk’ countries,” the London hub said.

Heathrow warned that the UK is ceding a competitive advantage to European rivals which have implemented testing regimes.

Paris Charles de Gaulle has overtaken Heathrow as Europe’s largest airport for the first time, with Amsterdam Schiphol and Frankfurt close behind.

The government has announced an intention to introduce testing for passengers from high-risk countries by December 1 to help restart the UK economy.

The airport added: “We have invested in UK aviation’s most extensive array of Covid-secure technologies. New rapid-testing technologies are already helping to open up overseas markets safely.”

Heathrow chief executive John Holland-Kaye said: “Britain is falling behind because we’ve been too slow to embrace passenger testing.

“European leaders acted quicker and now their economies are reaping the benefits.

“Paris has overtaken Heathrow as Europe’s largest airport for the first time, and Frankfurt and Amsterdam are quickly gaining ground.

“Let’s make Britain a winner again. Bringing in pre-departure Covid tests and partnering with our US allies to open a pilot airbridge to America will kick-start our economic recovery and put the UK back ahead of our European rivals.”

Heathrow today reported widening losses to £1.5 billion for the first nine months of the year, with passenger numbers falling by more than 84% in the last three months, revenue down by 72% to £239 million and adjusted profit [ebitda] reduced to £37 million.

The airport stressed that it was seeking a “regulatory adjustment” from the Civil Aviation Authority due to “exceptional circumstance”.

Heathrow said: “We are seeking adjustment, in line with the settlement, which will keep future consumer prices down, incentivise investment to improve service and give a sustainable balance of risk and return.”

Heathrow revealed that liquidity at the end of September has been boosted further in October to £4.5 billion.

“Cash reserves are sufficient for the next 12 months even under an extreme scenario with no revenue, and well into 2023 under our current forecast,” the airport said.

Responding to the Heathrow figures, Advantage Travel Partnership chief executive Julia Lo Bud-Said tweeted: “So many businesses rely on aviation through their supply chain supporting millions of jobs: inbound tourism, entertainment, events, energy, exports – the list is endless. The government’s slow burn on testing is destroying jobs and the economy.”