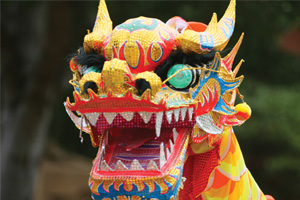 The EU Emissions Trading Scheme, which imposes a charge on flights based on their carbon emissions from January 1, has been attacked by airline groups in China, India, the US and Canada.

A spokesman for the China Air Transport Association, which represents carriers such as Air China, China Southern Airlines, China Eastern Airlines and Hainan Airlines, said that its members would not co-operate with the ETS.

The scheme is reported as likely to cost Chinese airlines €95 million in extra costs a year and China has warned that it may retaliate against the levy.

CATA spokesman Chai Haibo told the BBC: “The CATA, on behalf of Chinese airlines, is strongly against the EU’s improper practice of unilaterally forcing international airlines into its ETS.”

US airlines last month lost an attempt to have the ETS blocked by the European Court of Justice.