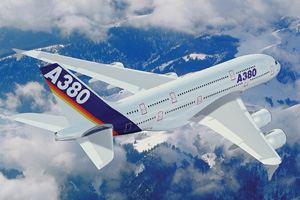 Singapore Airlines found cracks on parts of wings of Airbus A380 superjumbo aircraft and carried out repairs, the airline confirmed today.

The airline, which operates 14 A380s and has five more on order, has kept regulatory authorities fully informed and is inspecting other aircraft in its fleet.

An SIA spokesman said: “Cracks were found on a small number of wing rib feet on an Airbus A380 during inspections in the second half of last year.

Manufacturer Airbus confirmed that it has informed airlines operating A380s to check for small cracks in wing rib-skin attachments, but said the “minor” cracks are “non-critical” and do not constitute a safety issue.

“We have traced the origin” of the cracks, an Airbus spokesman said. He added that Airbus “has developed an inspection and repair procedure which will be done during routine, scheduled four-year maintenance checks”.

The cracks do not affect aircraft performance, he said, adding: “It is not a safety issue.”