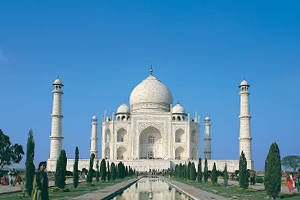 India’s airlines could be opened up to foreign investors as the country’s government seeks to bolster the ailing industry.

A decision is expected within days on a proposal to allow overseas airlines to own stakes of up to 49% in Indian carriers, according to The Times.

India’s principal airlines — Kingfisher, Air India, Jet, Spice Jet, Go and IndiGo — are expected to report losses of more than £2 billion this financial year due to rising interest rates on debt to buy new aircraft, high taxes on jet fuel and a domestic price war which has hit fare yields.

Despite the financial crisis, passenger traffic still grew by 18.8% in the six months between April and September 2011, government figures show.

Kingfisher Airlines founder Vijay Mallya wrote to India’s aviation minister Ajit Singh appealing for help and declaring that without extra credit, some of its aircraft might be grounded by leasing companies because of unpaid dues.

But Singh reportedly said: “The government is not in a position [to help] and will not bail out any private airlines.”

He added that it was up to a consortium of 13 lender banks whether or not to grant additional credit to Kingfisher, which is due to join the British Airways-led Oneworld alliance next month.

“If the banks are satisfied with their plans and think they can recover their money then they will lend money,” he said.

BA and Iberia owner International Airlines Group said it would welcome any easing of ownership restrictions but said: “It would be wrong to speculate about IAG’s interest in any Indian airlines at this stage.”