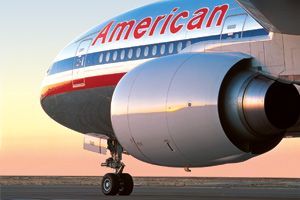 Separate bids for bankrupt American Airlines parent company AMR are being weighed up by Delta Air Lines and private equity firm TPG Capital, according to reports.

Delta is said to have hired Blackstone Group – which helped with Delta’s bankruptcy process in 2005 – to assess a potential bid, while TPG is expected to look for a strategic partner for any deal.

AMR filed for US Chapter 11 bankruptcy protection in November and is restructuring its debt and cutting annual costs, which it estimates are about $800 million higher than its domestic competitors.

A combined Delta-American Airlines would have as much as 27% of the US airlines market, although this would decline as AMR shrinks in line with its bankruptcy process. Delta is thought to believe a deal would be viable with some concessions, the Daily Telegraph reported.

But any Delta move for AMR could impact on British Airways transatlantic joint venture with American Airlines and the US carrier’s involvement in the Oneworld alliance given that Delta is part of the rival SkyTeam grouping.