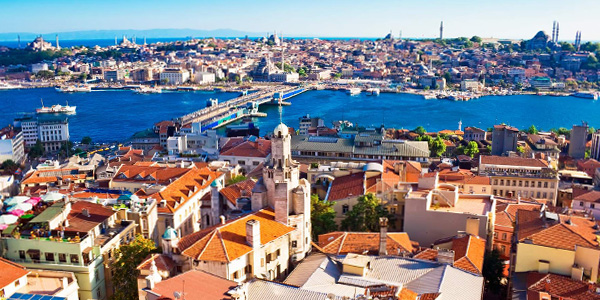 Istanbul seems to be holding up well in a climate where city breaks aren’t top of the agenda for many travellers. Most operators are experiencing growth to the destination, with Turkey specialist Exclusive Escapes reporting sales up 20% year on year.

Airlift is on the up too. Turkish Airlines started a direct route flying daily from Gatwick last month, and Jet2 will begin flying twice weekly – on Tuesdays and Fridays – from Manchester from March. Pegasus is increasing the frequency of its service from Stansted to Sabiha Gokcen – Istanbul’s second airport, on the Asian side of the Bosphorus – to twice-daily.

And instead of downgrading accommodation to save money, clients are increasingly booking more upmarket properties. Regent Holidays has seen a 25% increase in the past 12 months in the number of people upgrading to four and five-star properties, and Mosaic Holidays reports a lean towards higher-end hotels such as the W Hotel and Kempinski Ciragan Palace.

With more hotels to choose from, we look at how to pick the right base for your clients.

Location is important, as Istanbul is a vast city. Cresta separates its Istanbul product into three sections. Hotels are divided into categories: the Old Town, near Sultanahmet’s star sights including the Topkapi Palace, the Blue Mosque and the Aya Sofya; Beyoglu, near the shopping and nightlife districts, and ideal for younger travellers; and the Grand Bazaar area, near this huge covered shopping market.

Cresta’s best-seller is the four-star Orka Royal, which has a rooftop pool and terrace and is in the heart of the old city. The operator offers four nights for the price of three, from £275, including flights.

Outside these key locations, there are deluxe hotels along the Bosphorus, including the Kempinski Ciragan Palace and, Exclusive Escapes’ recommendation, Sumahan on the Water. The latter has only 20 rooms but offers five-star facilities, with three nights’ B&B from £720 including flights and transfers. The operator also offers private houses in the heart of the city, which are particularly popular with families.

The small and authentic Ottoman house hotels in Sultanahmet are selling well for Cox & Kings as they provide a central base for sightseeing and feel truly Turkish. The most popular choice has been the Avicenna Hotel – a converted 19th-century traditional wooden house, completely renovated in 2008. The Ottoman style remains, but with modern comforts, and all at a very reasonable price. Cox & Kings offers four nights for the price of three in January and February, from £415 on a B&B basis, including transfers and flights.

Mosaic Holidays has increased its number of hotels in Istanbul, following a rise in demand. Its brochure features four ‘Cool Weekends’ options in the city, including suitable tours as well as fitting hotels. One option, called Cool – Hip Istanbul, includes three nights at the W Hotel, a half-day sightseeing tour and an Istanbul by Night excursion, including dinner, flights and transfers, from £699.

There are plenty of new hotels to choose from too. Last year two luxury boutiques opened. The House Hotel Bosphorus is a 19th-century conversion on the riverbanks, boasting a huge three-floor Espa spa and Cipriani restaurant. The Rixos Elysium Suites Taksim also opened, with 141 suites over 20 floors near the Beyoglu area.

This year will see another raft of upmarket openings. Le Méridien Istanbul Etiler, a towering 32-storey business and leisure hotel, opens on January 30. The end of the year will see the launch of Raffles Istanbul Zorlu Centre, with the hotel part of a large mixed-use project also including a performing arts centre and retail, all with a Bosphorus view.

But the most hype is reserved for Istanbul’s first so-called seven-star hotel, from Shangri-La. The 186-room, 14-storey hotel is being built on the banks of the Bosphorus near the Dolmabahce Palace and half of its floors will be below sea level. The facade will recreate that of the former tobacco warehouse it replaces. The hotel is due to open early next year.

Aya Sofya Hamami After a £6.5 million renovation, the Haseki Hurrem Sultan baths have reopened. Tourists can go for a scrub and a soak in the baths built by Suleiman the Magnificent for his wife Roxelana, who managed to break two centuries of tradition by working her way up from concubine to wife.
ayasofyahamami.com

Museum of Innocence Nobel Prize-winning author Orhan Pamuk has turned his fictional The Museum of Innocence into fact. The novelist wrote about the museum in his 2008 book of the same name, and the exhibit, set to open this year, will reflect the 30-year history of modern Istanbul.
themuseumofinnocence.com

Topkapi Palace Kitchens The kitchens of this vast palace complex have been extensively refurbished, and now showcase a huge collection of Asian porcelain in a state-of-the-art display hall.
topkapipalace.com

Istanbul Museum Pass This new pass allows access to many of the city’s top attractions. Valid for 72 hours and costing about £25, it’s great value and allows tourists to bypass queues. The card can be bought from tourist information centres and four and five-star hotels.
muze.gov.tr/museum_pass