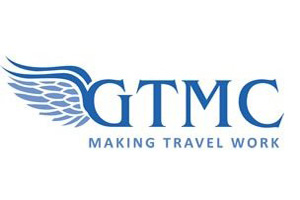 The Guild of Travel Management Companies (GTMC) is to step up its lobbying efforts at Westminster and in Europe.

The GTMC announced an increase in investment in lobbying at its annual general meeting in London on Monday.

Incoming chairman Ajaya Sodha, head of Key Travel, told GTMC members and partners: “We are now a leaner organisation and much better-placed to invest in political lobbying.”

Sodha said the GTMC would spend more on research and seek to deepen relations with other industry bodies to get its message across to government.

He said the lack of air capacity in southeast England was constraining business, arguing: “Unless the government acts quickly we will be relegated to also-rans.”

Sodha added: “Saddling business travellers with excessive taxes makes us less competitive. The risk is companies will bypass the UK as we become less economically attractive. We will find the UK is no longer a global player.”

He said: “It’s the job of the GTMC to find more ways to reflect this to the government. It is [also] vital for us to lobby EU institutions to ensure they understand how their decisions impact the business traveller.

“The GTMC will increase its lobbying efforts with the UK government and in Europe.”

Referring to air passenger duty (APD), he said: “It is important trade bodies co-ordinate efforts so we have the maximum impact.”

The GTMC remained outside the industry’s Fair Tax on Flying coalition, brokered by Abta and launched last year. But Sodha said: “We co-operate with Abta, Advantage and [Scottish agents’ association] the Spaa. We will seek people out and say we would like to link up.”