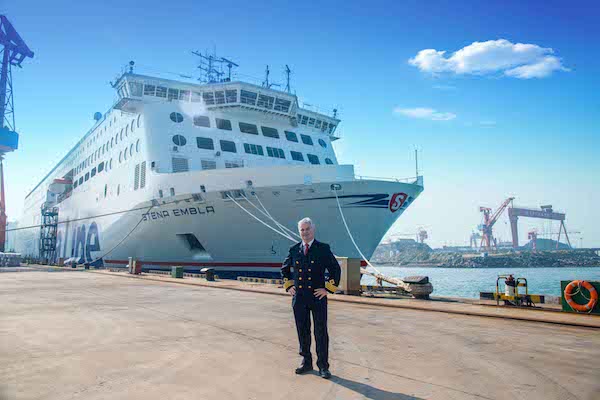 Stena Line has taken ownership of the third of five new next-generation ferries.

Stena Embla is the last of three new vessels due for the Irish Sea.

The delivery marks the end of a seven-year £400 million investment in new ferries and port infrastructure in the region.

The 1,000-passenger vessel will embark on a six-week journey from its shipyard in China to the UK and Ireland, ahead of entering service on the Liverpool-Belfast route in January.

The ship, which can carry 120 cars and 210 freight vehicles, will join fellow new-builds Stena Estrid and Stena Edda, which entered service earlier this year.

Stena chief executve Niclas Martensson said the delivery of Stena Embla marked the end of a very difficult year for the firm.

“Taking ownership of Stena Embla is a major milestone for Stena Line, as we look forward to better times ahead,” he added.

“While delivery of the vessel marks the end of a very tough period for us, it also marks the completion of a very significant investment in our Irish Sea operations.

“It reflects our strong support for the region that will see three of the world’s most modern ferries operating between Britain and Ireland.

“We recently celebrated the 25th anniversary of the relocation of our Northern Ireland operations to Belfast and 25 years since we commenced the Holyhead to Dublin route.

“Our three new ferries in the region is a sign of our strong commitment to another 25 years on the Irish Sea.”