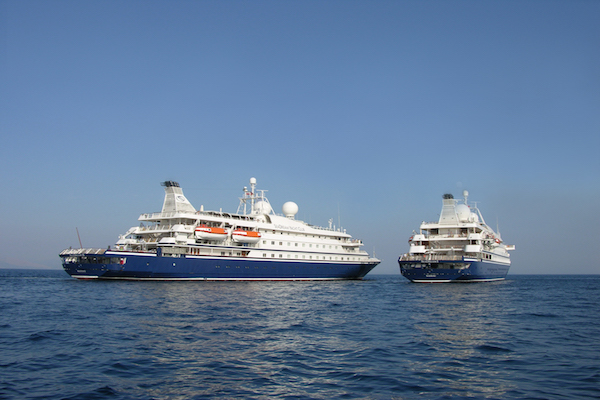 SeaDream Yacht Club is to recreate Mediterranean cruises cancelled this summer due to the Covid-19 pandemic in 2022.

The line will also sail on new itineraries in the Black Sea as part of the 2022 season between April and November.

The company’s luxury twin mega-yachts are due to operate 47 new 2022 Med voyages, including an itinerary with a call in Haifa in Israel.

The cruises have gone on sale after the company as forced to cancel all sailings for the rest of this year after nine positive tests for the virus on its return to the Caribbean in November.

Announcing the future Med season, executive vice president Andreas Brynestad said: “We will be offering a number of voyages in 2022 which were cancelled in 2020.

“We wanted to make sure our guests will be able to enjoy the trips they have been looking forward to.

“We have also added two Black Sea voyages, a voyage in Israel and an eastern Mediterranean voyage.

“We know people are eager to travel again and look forward to a brighter future.”

Two voyages in the Black Sea will run in June and August 2022 with the eastern Med sailing scheduled for May.