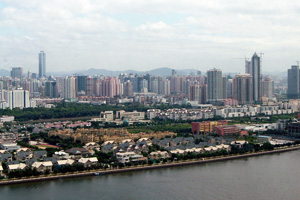 Heathrow will offer services to a third major city in China from June when China Southern Airlines launches from London with flights to Guangzhou.

Airport operator BAA expressed delight at the launch, announced today, but chief executive Colin Matthews hit out over the lack of room to expand the airport because of the government’s cap on Heathrow expansion.

BAA and China Southern, the country’s largest carrier, had been in talks on starting the route for eight years, said Matthews.

In a statement, BAA said: “China Southern has had to wait for suitable take-off and landing slots to become available from other airlines before it has been able to add the new route.

“The UK has missed out on trade, jobs and economic growth because of the government’s cap on flights at the UK’s only hub. In the meantime the airline has flown to Paris, giving French companies an eight-year head start in building new trade links with China.”

It added: “Even now, Paris will have four times as many flights to Guangzhou as the UK.” Guangzhou is China’s third-biggest city behind Beijing and Shanghai, to which there are flights from Heathrow.

China Southern will fly three times a week, departing in the morning on Wednesdays and Fridays and in the early evening on Sundays. A member of the SkyTeam alliance, China Southern will operate from Heathrow Terminal 4 alongside partners Air France-KLM and Delta.

Matthews said: “We would like to welcome more flights from China Southern and other airlines that could bring jobs and growth to the UK. Instead, a lack of hub airport capacity is causing us to fall further behind the rest of Europe.”

BAA said: “Other airlines from major emerging economies would like to add new routes at Heathrow, but are unable to do so because of a lack of take-off and landing slots.