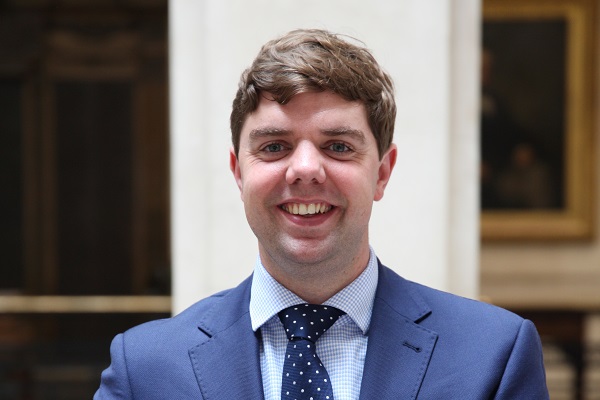 Whatever our views on Brexit, we should all welcome the fact that the Trade and Cooperation Agreement has been ratified (albeit provisionally on the EU side).

At Abta we’ve provided an initial assessment of the deal for members, but we are continuing to work through the full agreement and to examine in detail what it will mean in practice for businesses and their customers and recognise there will continue to be updates from the government on various matters.

While the agreement is a lean deal and will bring change, it avoids the additional uncertainty and disruption that a no-deal end to the transition period would have caused. Amid the ongoing Covid crisis, that is the last thing the industry needed.

The deal also achieves stability in many policy areas that Abta has prioritised over the last few years, and crucially it means there is a basis and a framework for further talks to resolve outstanding issues.

As part of the agreement, point-to-point transport links between the UK and EU will continue with minimal disruption.

While contingency legislation had been adopted to ensure this outcome even in the event of no deal, those arrangements were time-limited and notable improvements have also been secured.

For example, the rule around ownership and control which requires an airline to be 51% owned by EU nationals has been relaxed for legacy carriers that were already operating intra-EU routes prior to the end of the transition period.

On coach travel, the UK was already set to join the Interbus Agreement from January 1, which would maintain point-to-point routes between the UK and EU.

However, the Trade and Cooperation Agreement also includes provisions to enable occasional services to pass through the territory of the EU to reach a third country. Importantly for UK coach operators this will secure continued access to third countries such as Switzerland.

This is something Abta has been pressing government officials and ministers on repeatedly and it is good to see it has been addressed in the deal.

UK travellers can still use their EHICs up to their existing expiry date and consumers can now apply for a Global Health Insurance Card. As ever, though, Abta would encourage travellers to take out travel insurance with adequate medical cover.

Things will be different from now on

However, travelling to Europe will be different from now on and there are additional steps customers will need to take – such as checking passports will be valid, using the right queues on arrival and obtaining the necessary vaccinations and certificates to take pets abroad.

Travel companies have an important role to play in ensuring customers are prepared for these changes.

Businesses will need to adapt their own operations in significant areas. These include financial protection and financial services, where ‘passporting’ – which allows a firm in the European Economic Area (EEA) to do business in any other EEA state without further authorisation – ends.

Abta will continue to provide guidance to members on what the changes and developments mean for travel businesses.

Perhaps most important, there is work to be done on addressing the major outstanding issues – a fundamental one being the ability to send UK travel and tourism workers abroad for temporary periods.

Highlighting the importance of the Posted Workers Directive (PWD) has been a big part of Abta’s lobbying activity, home and abroad, demonstrating what this means for the travel industry both in terms of our operations but also as an entry route to the industry.

Up to 20,000 people a year from the UK work in seasonal jobs under the PWD, and some of the industry’s leaders cut their teeth working as reps or in other roles overseas.

However, the UK government’s ‘red lines’ meant a direct replacement was not possible. Seeking agreements with EU member states to build upon the Mode IV provisions, either bilaterally or through national immigration regimes, will be a priority for Abta’s lobbying work going forward.

We will also continue to press both sides for a deal on mutual recognition of professional qualifications.

The signing of the Trade and Cooperation Agreement is an important step, but there should be no illusions that this is the end of the matter.

Talks will continue between the UK government and EU on many of the matters left unresolved and Abta will continue to make the case for pragmatic policy solutions which recognise the economic benefits of travel and tourism, including to the communities that rely upon our visitors.

Abta will also continue to provide the insight and guidance members need to assess the impact on their businesses.

Luke Petherbridge is director of public affairs at Abta