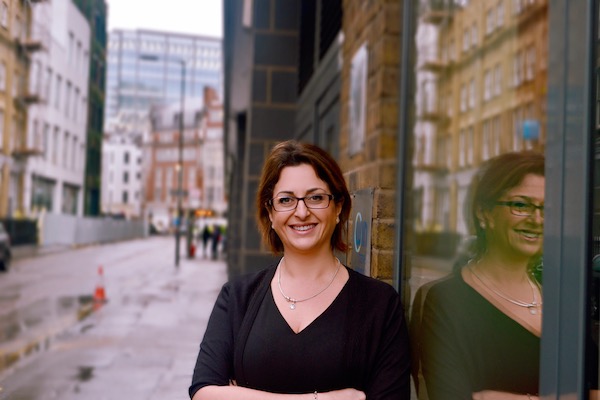 Ministers have been accused of a “knee-jerk” reaction by imposing Covid testing on inbound travellers when a new collaborative approach with the industry is needed.

Advantage Travel Partnership chief Julia Lo Bue-Said made the comments in response to the rules being introduced tomorrow (Saturday).

She pointed out that the trade has been lobbying for pre-departure testing for some time across the board.

“We are seeing yet again, what appears to be a knee jerk reaction from government,” Lo Bue-Said added.

“This can only be described as piecemeal policy which is unhelpful and causes further stress and strain on agents.

“Public health measures to suppress the virus are paramount, however, we need a new approach which must include consultation with industry experts who are in the best position to advise on not only logistics but the short term impact and long term opportunity to allow business owners to plan when it is the right time to allow people to travel safely again this year.

“We would urge government to also consider business travel and how this new testing measure can ensure that key industries where travel is a key requirement are able to do so safely and in a seamless manner.

“We urgently urge the government to commit to a collaborative approach, and set out a timeframe so that travel agents as well as consumers understand the ramifications when booking a future trip.

“We, as experts, are at the government’s disposal and we would expect to be engaged moving forward. It’s beyond comprehension why ministers from all departments continue to ignore the experts on their doorstep.”

On the issue of sector support available to the industry, she said: “Whilst we are pleased that it has been confirmed that retail travel agents are eligible for Localised Restriction Support Grants, it seems confusing and unclear for many of our members how much support they can access and when depending on the efficacy of their local councils.

“At least 50% of our membership do not operate from a retail facility and as such do not quality for any of the support announced by government.

“These agents have effectively fallen through the net and are faced with taking loans to survive which many are unable to do.

“This underlines what a woeful understanding government has of the complexities of the industry.

“Many agents are entrepreneurs, working from a home office and contributing significantly to the economy and yet they have been forgotten.

“Yet again, we are urging more collaboration in the future between government and industry.

“We know what will make a difference and it’s beyond comprehension that there has been so little consultation throughout the duration of the pandemic.”

Meanwhile, the Scottish Passenger Agents’ Association believes that the quarantine period which is still required on arrival needs to be addressed.

President Joanne Dooey said: “Our members have been lobbying for a robust, effective testing regime and this will undoubtedly be an excellent first step towards this and will hopefully help to prevent the transmission of any new variants of the virus within the UK.

“However, this new test requirement does not remove the mandatory 10-day self-isolation period for all international travellers arriving here from countries without a travel corridor.

“What world travel needs is agreed international standards and protocols. There needs to be a list of internationally acceptable tests which can be adopted in UK as well.

“At the moment there’s no indication from transport secretary Grant Shapps of which tests are valid and acceptable.

“Importantly, over and above this short-term measure, the travel industry needs a comprehensive, internationally-agreed, strategic plan for how we can return to travelling both in the period before the vaccination programme is complete and in the period beyond this.

“We need to see a blueprint for how we return to travelling for business and leisure reasons because currently the sector has been devastated and is in need of significant support.

“The Scottish economy needs its travel industry in order to drive economic recovery.”

Ali Shah, chief executive of TravelUp, wants to see a cut in the cost of Covid tests.

He said: “At the moment, private tests for Covid-19 cost anything from £60 to over £200. That is too much. We need to work together to make testing as cheap and reliable as possible.

“One way to bring the cost down would be to introduce batch testing. Up to ten people can be tested at one time. If someone tests positive then you can test individuals.

“Although, in reality, if a family received a positive result the whole family would simply not travel. That could potentially speed up the process and make things cheaper.

“The UK has been very slow to adopt this sort of testing regime. I flew back into Heathrow from Pakistan last week and there were no testing procedures in place whatsoever. I filled out a passenger locator form and then went into quarantine for ten days.

“However, when I had flown out to Pakistan I had to provide a negative Covid PCR test and have my temperature taken. Without showing that negative test result I would not have been allowed to board the flight.

“It was incomprehensible to me why so many countries in the world were so quick to introduce mandatory testing, while the UK continued to have such lax measures.

“Perhaps this goes some way to explain why we now have over 1,000 deaths a day, the highest figures since last April.”

British pilots’ union Balpa called on the government to produce “an action plan” to clear confusion about measures to mitigate the spread of Covid-19 and help rebuild passenger confidence.

General secretary Brian Strutton said: “Uncertainty is crippling for UK aviation, which is already on its knees. The industry is in total confusion over how to navigate the crisis and we need our leaders to come up with a decisive action plan and support package.

“We need answers to the questions we have asked for months. When is this testing going to start? For how long? Which countries will have to do it? What tests qualify? Why are there no global standards? When is quarantining going to stop? All of these questions should have been answered.

“Last week saw multiple airlines cutting back their schedules for 2021 and this is only going to make matters worse.

“This is a critical point for our previously world-leading industry. Unless the government and its various aviation taskforces come up with more financial support and a road map to recovery I fear we could see further airline failures in the UK.”

Consumer group Which? also called for clarity. Travel editor Rory Boland said: “The decision to introduce mandatory testing for people travelling to the UK is a positive step for protecting public health and building confidence that travel is safe, but further detail is needed for how this will work.

“Travellers and airlines urgently need clear information from the government on what type of tests are required and how to access them. There will be a lack of testing capacity in some locations, leaving people at risk of not being able to access a test in time for their flight. This may mean they’re unable to board their flight and have to pay hundreds of pounds for a new one or worse, are left stranded, as most airlines are currently shutting down or reducing flight schedules.”