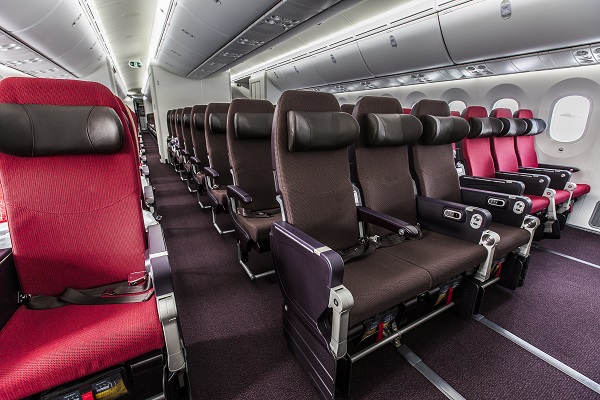 Airline association Iata reported an average load factor on international flights of just 41.5% in November despite a capacity reduction of more than 77%.

Demand trailed capacity by 11 percentage points worldwide and by 10.5 points in Europe.

Iata identified Europe as “the main driver of the weakness as new lockdowns weighed on demand”. However, the average load factor on flights operated by European airlines was almost 47%.

This compared with 41% for carriers in North America, 35% in the Middle East and 32% in the Asia-Pacific region.

Ryanair responded to the latest restrictions by announcing it would reduce flights from the UK and Ireland to “few, if any” from the end of January “until such time as draconian travel restrictions are removed”.

The budget giant said it would carry as few as 500,000 passengers a month in February and March as it reduces operations to the level of the first pandemic lockdown in April-May 2020.

The reduced schedules will operate from January 21.

Ryanair revised its traffic forecast for the 12 months to March to below 30 million passengers, down from “below 35 million” – its seventh downward revision in eight months.

Budget rival Wizz Air also announced cuts to its UK operations. Chief executive Jozsef Varadi said Wizz capacity this month would be cut from 35% to 25% of the intended schedule.

He described summer bookings as “very encouraging” and suggested: “If restrictions get removed by summer, I would say summer 2021 would not be far away from summer 2019 from our perspective.”

Separately, Ryanair confirmed it would begin deploying the recently re-certified Boeing 737 Max in the UK as it takes deliveries of the aircraft in the coming months.

The carrier has 210 of Max aircraft on order, with up to 30 due for delivery this year.

Chief executive Eddie Wilson said: “We will deploy those probably initially in the UK.”

The Max was recertified for flying, initially in the US, late last year after being grounded for 20 months following two fatal crashes.