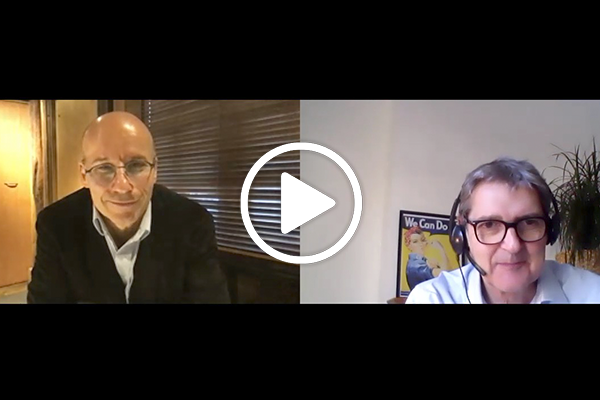 Abta wants the government’s Global Travel Taskforce reconvened and “to start work immediately” on a pathway out of the current restrictions.

The taskforce has not been active since it issued its report in November to support the recovery of the domestic and international sectors. A steering group was tasked with acting on the report’s recommendations on the recovery of aviation and tourism.

Chief executive Mark Tanzer told a Travel Weekly webcast: “Health is the number-one priority and we respect the measures the government is taking to limit the spread of the virus. We have to fall in behind the science and the progress of the pandemic.”

But he hopes government collaboration with the industry, allied to the vaccine roll-out and testing, can lead to a relaxation in time for the summer.

More:Ministers ‘wrong’ to insist ‘now not the time’ to book summer travel

Tanzer said: “I don’t think vaccination in itself it’s going to solve this. We’re going to need close collaboration between government and industry on how a combination of testing and evidence of vaccination can let people start moving again – within the UK as well as internationally.”

He argued: “Can we have some kind of standardisation around evidence of vaccination to facilitate the movement of people?”

Tanzer insisted: “That work needs to start now. The thinking about how this can work in the summer needs to be done now and preparations put in place. We need to start work on this immediately.”

He pointed out: “We were very pleased when the government pulled together the Global Travel Taskforce at the back end of last year. We need the taskforce back – the scientists, the medical professionals, the travel industry, the Department for Transport – to think how does this work in the summer.”

Tanzer insisted: “The solution to opening up travel has to be [based on] what level of risk we’re prepared to tolerate. If it’s zero, if all our policies are geared towards not letting a single person into the country, we’re not going to have any travel.

“So what is the pressure on the health system, what is the infection rate, what is the level of risk we can tolerate in order to get the benefits of allowing people to travel?

“It’s not just a UK issue, it’s an international challenge. There is no zero-risk way out of this.”

He acknowledged the government is “taking a super-cautious approach, including quarantine, while they try to come to grips with the variants”. But he said: “I hope that as people can provide evidence they have been vaccinated or we have more understanding of how effective current vaccines are against new variants, they can take a more relaxed view about quarantine.”

Tanzer added: “Destination governments face the same conundrum in trying to control risk within their countries and are worried about the British variant [of the virus].

“Pressure within the EU has to come from receiving countries that need tourists badly. They missed last summer, they’re desperate to have tourists back this summer.

“If having a common approach to recognising vaccination as a sort of passport to be able to travel is part of that, it needs to be in place. Those discussions are happening at EU level, but haven’t yet produced any standardised proposals.”