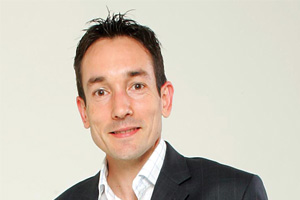 All eyes were on the Chancellor and what he had in store for the consumer last week.

We were promised a fiscally-neutral Budget, and this is that we were given.

We were told that the Government is on track to meet its deficit reduction plan, and GDP growth is even forecast to increase this year, albeit subtly to 0.8%, from the 0.7% announced last November.

But, as ever the devil is in the detail. Although personal tax allowance is rising, it’s being funded by a reduction in the higher rate threshold from £35,000 to £34,370.  This means taxpayers will pay 40% tax once their total income exceeds £42,475.  Not great news for middle income earners.

On the flip side, this will of course see millions of people better off, but to what extent?

‘Vices’ aside, it’s clear that discretionary spend will remain under tight pressure. And we haven’t even looked at the rise in APD yet.

Set to increase at double the rate of inflation next month, Air Passenger Duty will rise by 8%, with a further increase expected in April 2013.  The additional price increase this will add to the cost of a family holiday cannot be overlooked.

When it comes to holidays consumers are already cutting back.

Recent figures from the ONS show that outbound travel is stagnating year on year, and in light of last week’s announcements, it is very likely that we could see this trend continuing, particularly for those consumers with an income around the higher rate threshold.

Certainly, we have already seen rising numbers of holidaymakers opt for staycations over the past few years.  This pattern could increase, particularly in this Jubilee year when there is much to take advantage of closer to home.

Longer-term, however, we could see rising numbers of people choosing short-haul holidays rather than long-haul, for which APD could now add a not insignificant £368 to the price of a holiday for four.

The impact this increase will have on inbound tourism and all its economic benefits is another matter best left for another occasion. That said, the Budget wasn’t all bad news. From an economic perspective, the worst does appear to be behind us.

Interest rates look set to stay low for the time being at least, and with unemployment forecast to peak this year, there is every hope that the stage is being set for a stronger and more profitable 2013.

The simple fact remains that people will always want a holiday, and while the environment for business remains more upbeat, there is hope that this will filter through to the consumer mind set.

Clearly, what consumers will be able to afford will be the crucial and determining factor.

But irrespective of what cards the Budget has dealt, it remains that we are, as a whole, in a far stronger position than we have been in the past few years and that at least is something we can draw comfort from, whatever the Chancellor says.