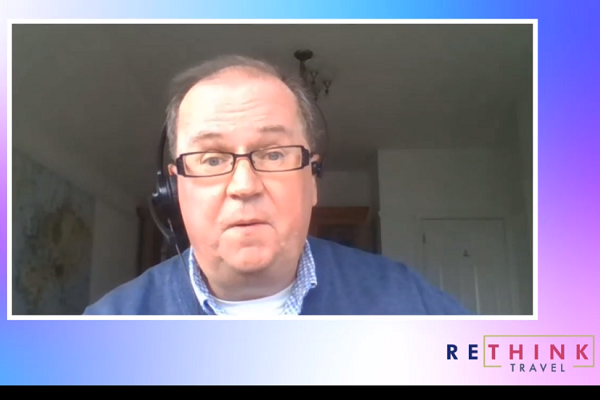 “Intense” travel restrictions will be in place until at least May, a leading consultant has predicted.

Tim Hames, senior advisor at FTI Consulting believes “the vaccination rollout in the UK is proceeding at about the fastest pace that is practical, and plainly very well by international standards”.

He said he thought the government’s target of vaccinating the four main priority groups by February 15 was “very ambitious” when first announced, but now thinks it has a “decent chance” to hit the target.

Speaking at the Institute for Travel and Tourism (ITT)’s virtual forum on January 28, he said the government’s next target, which would see 17.2 million people by April 30, “looks plausible as well” and believes the UK’s vaccination programme is likely to turn out to be a “success story”.

“On the balance of probability, by far the most important aspect of the vaccination drive will be complete by May, the take-up rate will be high enough to allow for an element of herd immunity to start to emerge, and people who might have previously been considered to be potentially vulnerable will feel far more confident about travelling,” he said.

But he stressed: “This does not mean, unfortunately, that the travel industry is home and dry. For at least the next few months, until May in my opinion, there will still be intense and potentially tighter limits on travel.”

He said it was “clear” from government that it has “taken a different view of international mobility than it did in the earlier stages of the crisis”.

“There is not much doubt in my mind that, if the prime minister – knowing what he knows about this virus now – had access to the Tardis from Doctor Who and could go back to January 28 2020, he would have imposed an outright travel ban at the outset,” said Hames, who said half-term holidays to Italy soon after that date made the spread of the virus in the UK “all but inevitable”.

Hames said that if Boris Johnson could time travel back to May last year, he would make the decision to cancel the summer holiday season of 2020.

“All the evidence suggests that it was relatively normal holidays in continental Europe last year which led to the second wave of the virus that was far stronger than the scientific community expected – primarily because it came through younger people socialising with each other and then passing the virus on to older individuals,” he said.

Hames also believes the prime minister would have put the country into lockdown in September had he known how the virus could mutate, “an all travel corridors would’ve closed”.

“UK mass vaccination, for the moment, is not the Get out of Jail Free card for the travel sector that we would once have anticipated in terms of international travel this summer,” he added, pointing to “three vital known unknowns” that will determine what happens in July and August.

They are: whether additional mutations are discovered, the extent to which those who have been vaccinated can transmit the virus, and how swiftly the Pfizer vaccine can be employed at scale across Europe.

But he said: “The international travel industry for leisure is not automatically doomed in 2021” noting that “we will know a lot more” about the three issues by April or May than we do now.

“There is a respectable case for optimism on all three fronts,” he said. “Yet planning for the worst is still wise.”

Looking further forward, Hames said Covid will “remain part of the equation” despite mass vaccination programmes being rolled out and is “not going to go away”.

He predicted local flair-ups and local mutations and urged the industry to “think collectively” about how to deal with it.

And he predicted the market will be heavily influenced by how destinations can market themselves as Covid-free.

“The industry needs to become far better, and much more sophisticated than it has historically been at understanding how politics works, securing access to the people that really matter and how best to make it’s arguments.

“The travel industry punches below its weight in the UK. It badly needs a vaccine for that.”