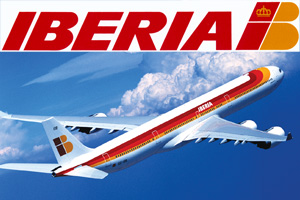 Thirty days of strikes have been called by Iberia pilots in response to the start up of budget off-shoot Iberia Express this week.

Walk-outs are planned every Monday and Friday from April 9 to July 20, according to the union SEPLA.

Pilots held 12 days of strikes between December and March but called off strike action after both parties agreed to mediation. But talks broke down on Sunday, the day the new airline was launched.

The Spanish airline criticised the union as being “irresponsible”, called the strike “unjustified, damaging and disproportionate” and called for talks with the union this week in an effort to avoid industrial action.

IAG and Iberia believe starting the new airline is the only way to make the loss-making Spanish unit profitable.

SEPLA said: “The company intends to divert 40 planes from the main group to the new subsidiary, which would mean the elimination of 8,000 jobs.”