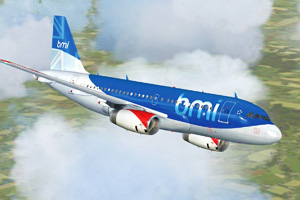 Virgin Atlantic is to lodge an 11th hour appeal against Brussels’ approval of the takeover of BMI by British Airways parent International Airlines Group.

Virgin has confirmed it will bid to operate all of the 12 Heathrow take-off and landing slots that BA has been forced to give up by the European Commission as part of the deal.

But BA’s rival believes that the slots alone are “completely inadequate” to address the damage which is being done by the deal.

Virgin president Sir Richard Branson called for more of BMI’s slots to be released in order to protect the millions of passengers who will see their options reduced by the takeover.

Sir Richard is angry at the Commission’s decision to wave through the takeover in just 35 working days.

He said: “We will challenge every aspect of this process which, if allowed to stand, will undoubtedly damage the British airline industry for years to come.

“The European Commission has seemingly ignored all of the strong cases made by politicians, business groups and airlines, to enable one big company to become even more bloated.

“Competition regulation should protect the customer from monopoly situations where companies can set whatever prices they like and stop investing in their product. In these situations, the public suffers, the industry suffers, and the country suffers.”

Sir Richard added that it was “crucially important” to not break up the slots IAG is being forced to hand over between numerous airlines, saying effective competition can only be achieved by having a strong and visible alternative.

“You cannot provide serious competition in a piecemeal way and we believe it is crucial to use the slots together to create some sort of critical mass with a strong message to the consumer,” he said.

“This deal was agreed with lightning speed and we think the number of slots offered is derisory – representing less than a quarter of BMI’s former network. The remedies should be there to replicate the competition that BMI represented.

“We hope to overturn this decision on appeal and keep on taking the fight to BA so that the consumer ultimately wins.”