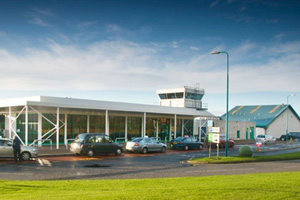 A one-day strike due by workers at Dundee airport planned for Monday has been postponed but flights remain cancelled.

The 31 members of the Prospect Union are involved in a pay dispute over parity with staff at other airports. Prospect said it was to have further talks with management at Highlands and Islands Airports (HIAL).

HIAL said it was not possible to reinstate flights scheduled to operate on Monday. Passengers have been told to contact their airlines. Dundee airport handles scheduled flights to London, Birmingham and Belfast.

A spokesman said: “Alternative arrangements have been put in place by Dundee airport to transfer affected passengers to Edinburgh airport. Every effort will be made to ensure there is minimum disruption to passengers.”

Staff at the airport, which include firefighters, air traffic controllers and aircraft refuelling staff, held a strike ballot on April 16 over a 2011 pay offer and “harmonising” their terms and conditions with colleagues at other Scottish airports operated by the company.

Operator HIAL has said it was “impossible” to meet union demands which could cost £70,000 a year.

A meeting between Prospect, HIAL and the conciliation service Acas is scheduled for Monday.

Prospect national secretary Alan Denney told the BBC: “Given the lack of any progress in negotiations our members felt they had no option other than to take industrial action, so they welcome any opportunity to resolve the dispute through discussion, even at this late hour.”