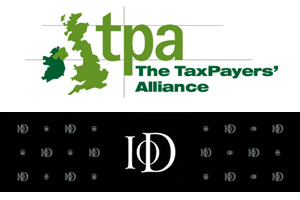 A fresh call for Air Passenger Duty to be abolished came last night as part of a wide-ranging campaign designed to stimulate economic growth.

A joint lobbying effort by the TaxPayers Alliance and the Institute of Directors calls for APD to be dropped.

The 2020 Tax Commission report proposals call for a “radical but realistic reform’ of the overall tax system to kick start growth.

It highlights how so-called ‘green’ taxes are regressive and disproportionately affect low earners.

The 400-page report describes APD as “excessive and inefficient” as a means of reducing greenhouse gas emissions.

“As airports are paid for through charges to airlines – there is not the same need for governments to pay for infrastructure,” the report says.

“At the same time, it is often easy for passengers to choose routes for long-haul flights that avoid aviation taxes, which creates an incentive for countries to keep their taxes relatively low.”

APD is also described as being redundant following the inclusion of aviation in the EU Emissions Trading System.

“That further contributes to the cost of flying and has provoked a trade dispute with other countries whose airlines are being included against their wishes,” the report says.

“Discouraging tourists and business passengers from travelling to Britain is a bad idea in itself and the reduction in the number of international travellers is likely to lead to fewer flights and fewer routes, and thereby further reduce the attractiveness of Britain as a location to invest.”

It argues that phasing out the tax would increase the aviation sector’s gross ‘value added’ by £300 million a year and produce much larger gains in the wider economy of £340 million thanks to improved connectivity.