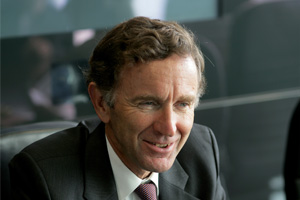 The government’s policy on Air Passenger Duty in the current economic climate is unlikely to be reversed, the Pacific Asia Travel Association (Pata) has been told.

The message came from minister of state for trade and investment Lord Green (pictured) at a meeting with Pata chief executive Martin Craigs in London.

In response, Craigs called for the APD to be capped or, as a minimum, not to be raised at a higher rate than UK inflation.

He stressed that the issue was urgent and that the UK was at a “tipping point” for its reputation.

The Pata chief described how APD was having a detrimental impact on the travel and tourism industry, not least because of the rise in the tax by 8% from April 1.

The amount raised from this tax was more than the combined projected profits of all 233 Iata airlines in 2012.

Pata said Lord Green was surprised by this statistic and both agreed that it reflected the fragility of the airline sector.

Craigs pressed the point that the APD was damaging the UK’s good reputation for fairness and free trade.

He told Lord Green that the issue was consistently raised with him by Asian ministers and business leaders.

Craigs pointed out that the Australian government, after a sustained advocacy campaign by business and other interests, had reversed its position on its equivalent of APD.

In France and Germany equivalent taxes were considerably less than those of the UK, said Craigs.

“The minister was sympathetic to the issue and undertook to raise the matter with Treasury,” a Pata spokesman said.

But the minister cautioned during the 40-minute meeting that that there was unlikely to be a change in policy.

Craigs pledged to provide Lord Green with two authoritative reports by Oxford Economics commissioned by Iata/WTTC which contain substantive data on the damage caused by APD.

Separately, Lord Green accepted that London mayor Boris Johnson’s proposal for an airport in the Thames estuary had re-energised the debate over UK aviation policy.

The minister said there was now a closer alignment with future planning for high speed rail links and aviation hubs. Furthermore, in the medium term, fast rail would reduce the dependence on internal flights between UK cities.

Lord Green agreed that capacity was an issue and since Heathrow routinely runs at 98% capacity when there was a glitch it tended to have immediate consequences for passengers.

But he said that Terminal 5 was world class and the new Terminal 2 will be even better – so that Heathrow had a good story to tell.