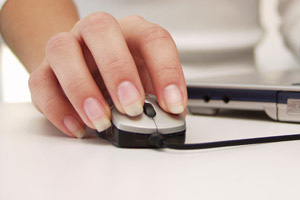 As many as 80% of people now book their holiday via the internet, a study out today (Friday) claims.

Nine out of ten research their holiday online before travelling, while eight out of ten use comparison sites to check currency and four out of ten buy foreign money online.

Moe than 360 people responded to the family travel poll run in partnership with FairFX.

The key findings of the study were that:

FairFX chief executive Ian Strafford-Taylor said “Budget airlines paved the way for the online revolution in the travel industry and it is clear now that consumers are going online to research all aspects of their holiday.

“Consumers are realising that online companies are able to offer better deals than some of the big travel players, as they have none of the costly overheads that come with a having a presence on the high street.

“Currency is a prime example of this and it’s still early days – we would expect over the next few years to see a further increase in people moving online as they realise the cost savings they can make on their holidays.”

Compareholidaymoney.com partner Peter Rudin-Burgee said: “Our results show most British tourists are travelling to European destinations and with all the headlines surrounding Greece and Spain at present, it’s likely people are worrying about travel money more than they would usually.”