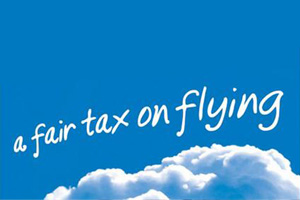 The Scottish Chambers of Commerce has become the latest business group to back the A Fair Tax on Flying campaign.

More than 90,000 people had emailed their MP demanding a Treasury review of the economic impact of Air Passenger Duty (APD) by this week following the A Fair Tax on Flying campaign launch seven weeks ago.

The Scottish Chambers of Commerce, representing 10,000 member companies and more than half the private sector jobs in Scotland, added its support today.

Fair Tax on Flying organisers said more than 4,000 of the 90,000 emails have been sent to Scottish MPs.

75 MPs, 15 of them from Scotland, have backed a parliamentary motion demanding the Treasury review.

“The government needs to acknowledge the negative impact the highest aviation tax in the world is having on our businesses and rethink its current stance.”

British Air Transport Association chief executive Simon Buck said: “We are drawing support from businesses across all regions of the UK. It is time for the chancellor to listen.”