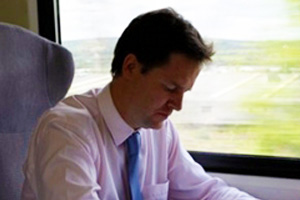 Heathrow owner BAA has savaged suggestions by Deputy Prime Minister Nick Clegg that short-haul flights should be moved away from the airport.

Clegg, who is opposed to a third runway at Heathrow, wants to force hundreds of flights to move to Luton, Stansted or Gatwick where there is spare capacity.

He claims that many flights into Heathrow are not going there for its hub status and should be made to move to nearby airports.

But BAA said any such move could breach European Union competition laws and risk retaliation against UK airlines by other countries.

A BAA spokeswoman told the Mail on Sunday: “Moving short-haul flights out of Heathrow would strangle the transfer traffic which long-haul flights depend on.

“It would damage the UK’s existing long-haul connections rather than create new ones.”

A study by independent consultancy Frontier Economics calculated that the lack of capacity at Heathrow is costing the UK £1.2 billion a year and some £14 billion in potential trade could be lost over the next decade.

Meanwhile, figures from the National Air Traffic Service show more than half the aircraft flying into Heathrow are forced to stack for up to 20 minutes in normal conditions and 45 minutes in bad weather while waiting for a landing slot.