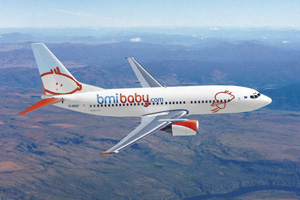 The final flight by Bmibaby was scheduled to take off from East Midlands airport last night.

The budget carrier is being shut down by British Airways following its takeover of BMI from Lufthansa in June.

The closure of Bmibaby will result in the loss of about 450 jobs at the airport.

Monarch, which is taking over some of Bmibaby’s flights, said it hoped to create 150 new jobs. Jet2.com and Flybe are picking up other routes.

Many of its routes to 36 destinations across Europe have been picked up by rival airlines which operate from regional airports.

Bmibaby was launched in 2002 to compete in the growing market for low cost short-haul flights.

But it is estimated the carrier lost around £100 million over the past four years.

Bmibaby operated as many as 23 routes from East Midlands airport at its height and all but six are now being covered by other airlines.