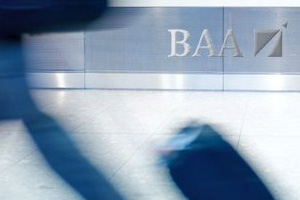 Stay-at-home Britons during the London Olympics and fewer inbound tourists led to a 2% drop in passengers using BAA airports in August.

A total of 9.5 million passengers used the company’s five UK airports. Numbers at Heathrow were down by 1.9% to 6.5 million over the same month last year.

The reduction was more pronounced in the first two weeks of August (down 4.6%) than in the rest of the month (up 0.3%), BAA said.

“This suggests a continuation of the ‘Olympics effect’ reported in July, with UK passengers staying at home as well as non-Olympic visitors from overseas choosing to defer their journeys,” the company said today.

“Overall, passenger traffic at Heathrow in July and August has been lower than originally expected and the shortfall is not expected to be recovered later in the year,” BAA warned.

European scheduled traffic at Heathrow declined across the board, with only Denmark and Norway seeing an increase (1.2% and 4.0% respectively).

Numbers at Stansted were down 5.2% compared while Southampton airport saw a 6.4% decline. Traffic through Aberdeen was up 9.2% and 3.1% at Glasgow, resulting in a total increase at BAA’s Scottish airports of 4.9%.

Chief executive Colin Matthews said: “We are proud of Heathrow’s performance during London 2012, and warmly thank the volunteers, our own staff and the many other organisations who planned and delivered a warm and efficient welcome to Great Britain.

“We intend to combine the best of the Games experience with Heathrow’s ongoing investment programme to steadily improve the airport for our passengers and airlines.”