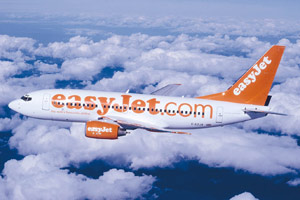 Budget carrier easyJet has told a panel of MPs on the House of Commons Northern Ireland Affairs Committee that APD is one of the biggest barriers to growth in air travel in the region.

In 2011, after intense lobbying, APD on long-haul scheduled flights from Northern Ireland was cut from £60 to £12 for economy fliers, but the tax on short-haul flights was unchanged.

Simmons told the MPs: “Northern Ireland has seen several airlines come and go from Belfast, but easyJet’s consistence in the Northern Ireland market and experience of carrying over 34 million passengers since its launch in the region makes it well placed to give evidence on matters affecting local people and the local economy in terms of air transport.

“Airport Passenger Duty however, remains one of the most significant barriers to growth in Northern Ireland, with local people being disadvantaged when they fly to UK destinations such as London, Manchester and Scotland as they are hit twice with tax.

“This is an unfair tax overall, but it’s especially unfair for the people of Northern Ireland. And if this tax is increased, it will have a serious impact on tourism.

“Like British Airways, Ryanair and Virgin Atlantic, we continue to call on the government to publish an independent study of the economic effects of APD.

“We are confident such a study would show that APD’s damage to economic activity outweighs the revenue obtained.

“We believe that it is irresponsible of the Treasury, if it is serious about pursuing economic growth, to keep piling on APD increases without conducting a study of this kind.”

EasyJet started operations in Belfast in September 1998 and has a local base at Belfast International Airport where it employs over 230 people.

easyJet has a market share of 46% in Northern Ireland, serving 23 destinations direct including services to four London airports