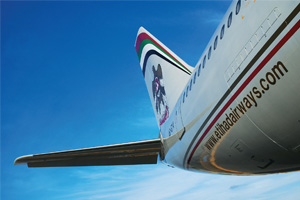 Etihad Airways is looking to forge partnerships with carriers in South America to expand its presence in the region.

The disclosure comes ahead of the carrier launching its first route from South America next June with flights between Sao Paulo in Brazil and Abu Dhabi.

Hogan said: “Brazil is one of the fastest growing economies in the world, now ranking as the sixth largest since overtaking the UK in 2011.

“Bilateral trade between Brazil and the UAE is valued at nearly $3 billion annually, with authorities aiming to lift this to $10 billion within five years.

“In addition to supporting the growing ties between Brazil and the Middle East, this new route complements Etihad Airways’ recent expansion in North Asia, including the recent introduction of services to Chengdu and Shanghai and the upcoming increase to daily Tokyo services with connections to Nagoya from April 2013.

“With some of the fastest connecting flight times to China and Japan, Brazil’s largest and fifth largest trade partner, respectively, Etihad Airways is providing vital air links between the world’s major emerging markets.”